Our flight back was pretty uneventful. :)  It was very similar to the departure flight, although the seats were a bit different. It reminded me of a typical AA/United first class seat. The configuration was 2-2 and there were 4 rows. We chose the second row again this time. 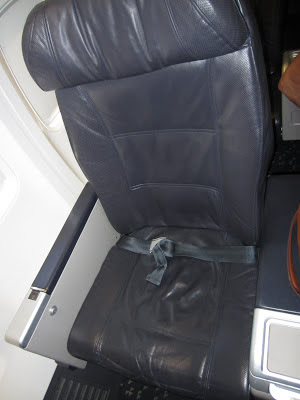 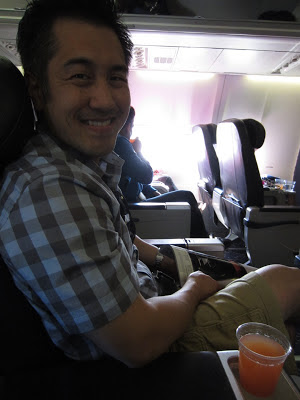 The flight was an afternoon flight, which was a good time so that we had the morning to still enjoy Kauai and be back in the Bay Area by early evening.

The meal service menu looked pretty promising, and we noticed that it was catered by a local Kauai restaurant called Kauai Pasta. It gave me hope that the food would probably be pretty decent compared to typical airline food. 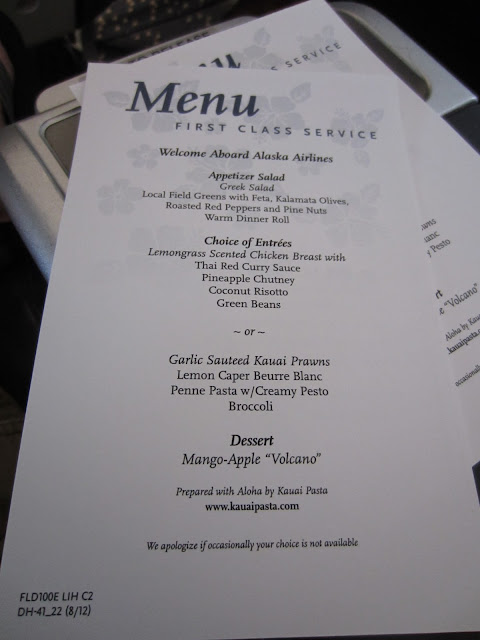 The Greek salad with feta, olives, red peppers and pine nuts were pretty good. I was happy that the bread roll was served warm...mmm... 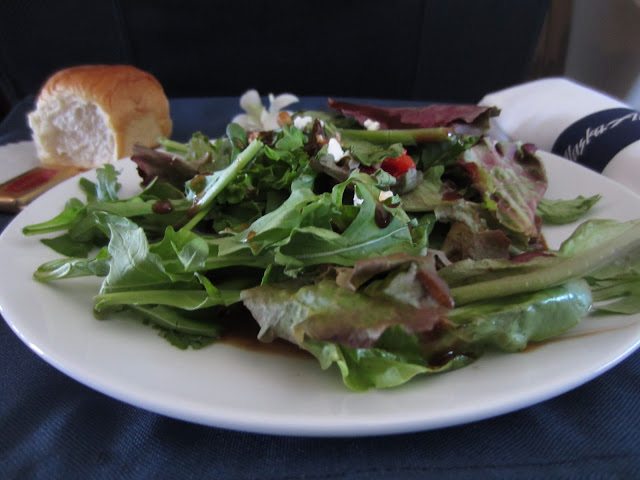 I ordered the chicken with Thai red curry sauce, green beans, and coconut rice. The curry sauce was nice, and I did enjoy the coconut rice, although it was a bit on the mushy side. 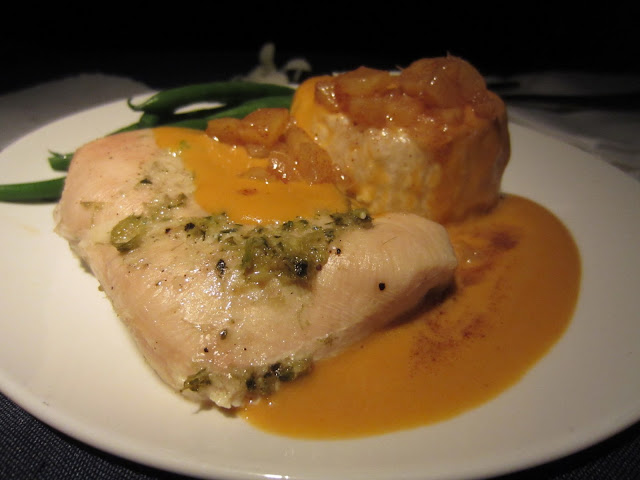 Dan ordered the prawns with penne pasta in pesto sauce. Again, it was pretty good for domestic airline food. 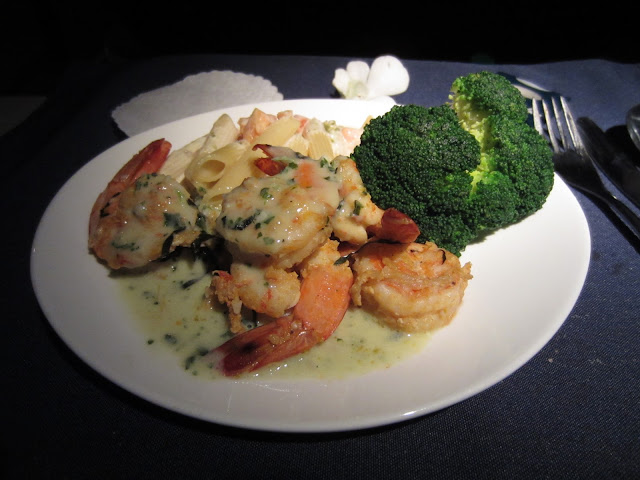 The Mango Apple Volcano was probably the highlight of the meal. It's this mango/apple fruit filling inside a warm, crusty tart dough which was really yummy! 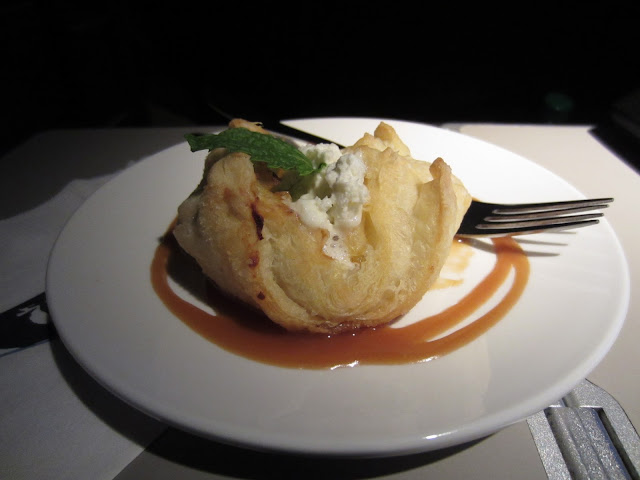 We both enjoyed the food, more than we thought we would, probably because it was catered by a restaurant.

Other than that, the rest of the flight was very similar to the originating flight from SJC to LIH. We got the portable movie player again which we couldn't use much because it was really hard to hear with the cheap in-flight earphones.