One of the things that Dan & I try to do whenever we go to Indonesia is to watch a "Premiere" movie at Cinema21 in Jakarta. Cinema21 is the main movie theater company in Indonesia, and a couple years ago they introduced this "Premiere" concept which I liken to a first class ticket for the movies.

Here are some of the main benefits:

There are a couple different Premiere locations in Jakarta. We chose to go to the one at the Gandaria City mall since it's one of the newer ones. Instead of waiting in line at the regular box office, we went into the premiere area where we bought our tickets from the "concierge" counter below.

We chose our assigned seats as well as paid for the tickets. We were then instructed to wait at the lounge area until seating for the theater started. There's usually only one or two Premiere movies showing.  We watched The Dark Knight Rises. We would have loved to watch another movie at the Premiere, but almost all locations had the same showing, so we ended up only watching at the Premiere once. 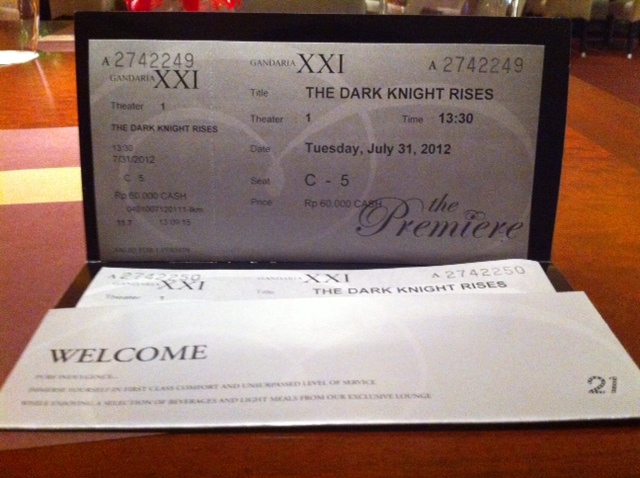 We sat at the lounge, and one of the waiters approached us and asked whether we wanted to eat/drink anything. We just ate a big lunch so only ordered drinks and popcorn.


We bought our tickets only 10 minutes before the movie started, so some of the better seats were already taken. We ended up seating on C5 and C6, which is the middle row, left hand side. I think I would have preferred row A or B in the middle side. 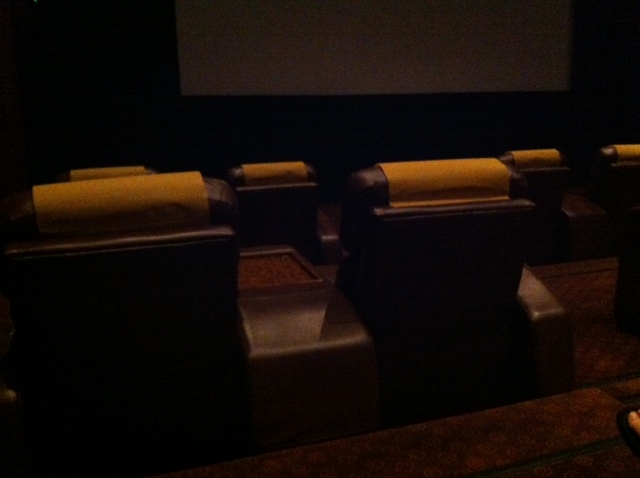 As you can tell, the seats were pretty big, lazy boy style that recline. The seats were in pairs, and there were 6 seats per row and 5 rows in total. So the whole theater only sat 30 people max! Underneath the middle armrest between the seats were draws with the blankets inside. 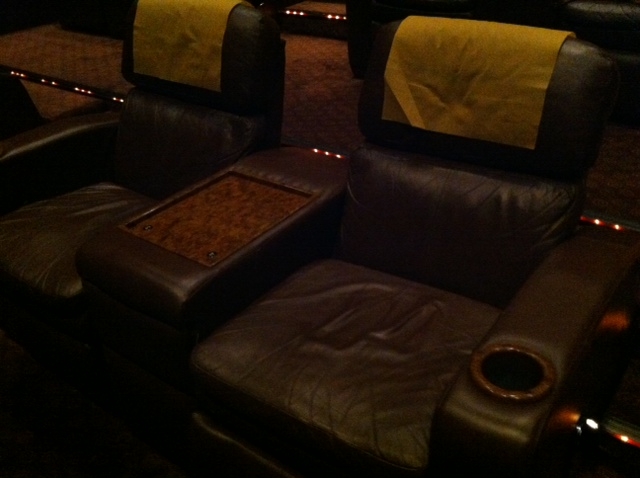 Our waiter delivered our drink and popcorn order, and we paid in cash just so I didn't have to deal with signing a receipt after the movie started. 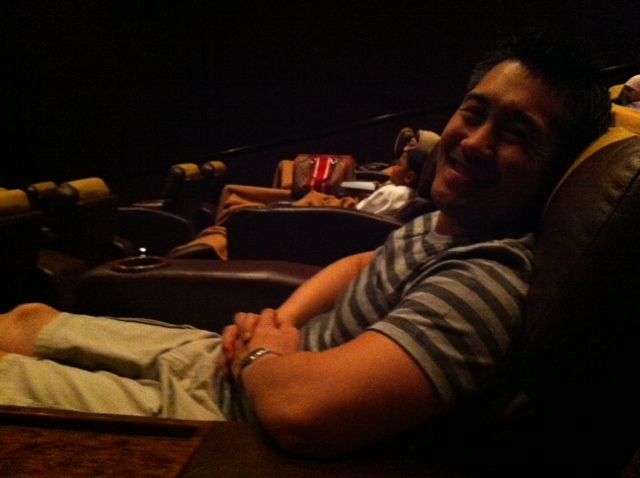 This is definitely the best way to watch a movie in Indonesia. :) I would highly recommend trying it out if you can. Another option for a "first class" watching experience is at Blitz's Velvet Suite. See picture below. We tried this once before but actually prefer the lazy boy seating. Blitz Velvet Suite is definitely more designed for couples. It would be awkward to go with a friend or coworker, for example. Also, the seating is made as "beds" so it's hard to find a good position to watch. So that's why we prefer the Premiere instead.


Next Post: Food in Jakarta
Posted by Marcela at 8:40 PM