Jakarta has some really good restaurants. Maybe I'm biased because I grew up there, but in all honesty, there are plenty of good restaurants and good food in general. Here are a couple highlights from our trip.

During our trip this time, my youngest sister who is an aspiring foodie told me about this new Chinese restaurant called "Fook Yew". Yup, that's the name. Apparently it does mean something in Chinese. :) 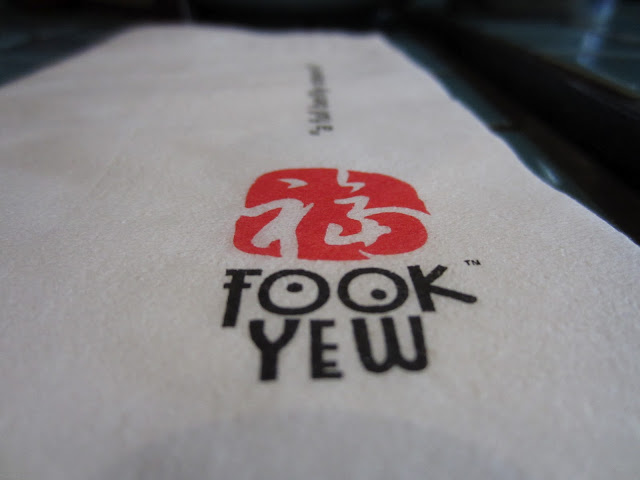 The decor of the restaurant was somewhat modern with colorful mismatched chairs, big catchy posters, and red lanterns. 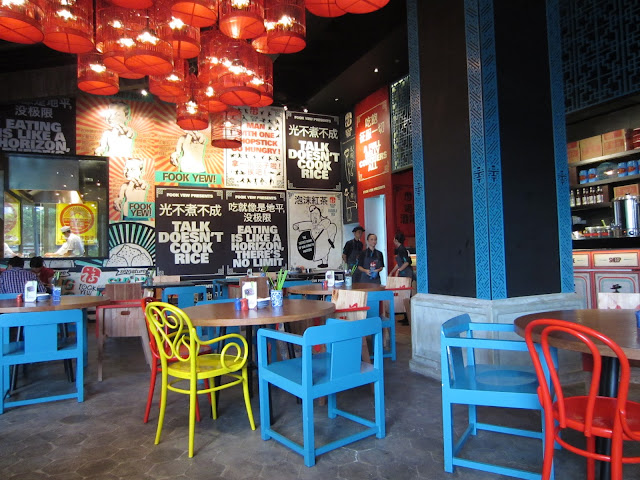 Dan & I were amused by this particular poster below. Read it for yourself. :)

We liked this place so much we actually went twice during our visit. I'm typically not a big fan of Chinese food, but this particular Chinese cuisine was slightly different. It almost tasted like a Chinese/Thai fusion, with strong and slightly sweetened flavors in some of the dishes.


We ordered the crispy salted egg golden corn because we saw other tables order this dish. We later found out why. This dish was probably one of my most favorite innovative dishes I've had in a while. It was basically deep fried corn and rice crispies with salted egg bits. It probably doesn't sound that appetizing but trust me it was wonderful. It was so tasty, crispy, and very flavorful. I enjoyed eating this with a side of jasmine or fried rice.


Their other famous dish was the Sheng Jian Bao (Shanghai Pan Fried Bun). They had a couple options for the filling, and we tried the Chicken and Prawn. This dish was almost like a thicker fried version of Xiao Long Bao, with thicker crust. The bottom part was crispy which was really nice.

My sister also recommended ordering the deep fried bean curd. The bean curd was super soft inside this crispy shell, and worked so well with the sweet & tangy sauce. Overall an excellent dish.


We were really pleased with all the dishes, and will definitely miss this place! The cuisine was not typical Chinese, and I don't think we have anything quite like it here in the Bay Area. I guess we'll have to wait for our next visit to Indonesia.

My mom introduced me to this dessert, and I got hooked. We were actually still quite full after our lunch at Fook Yew, but had some time to kill before we headed out to watch a movie so we stopped by Maystar to get their wonderful coconut pudding!

The coconut pudding was served inside a coconut shell and served cold. The pudding tasted basically like a creamier version of coconut water, but not quite as heavy as coconut milk. It's slightly sweetened, and very refreshing! 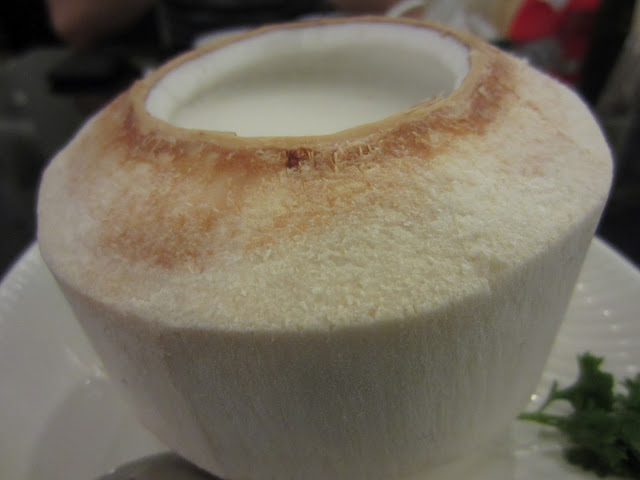 Growing up, my family used to go pretty often to eat teppanyaki at various hotels in Indonesia. Teppanyaki is basically like Hibachi style Japanese restaurants in the US, although I feel that the Asian version is MUCH better.

I wanted to show Dan the teppanyaki that I grew up with, so I took him to lunch at one of our most favorite places, the Shangri-La Hotel. I actually hadn't been there for at least 5-6 years, so I was hoping they still maintained their quality.

We got the mixed combination lunch special which included beef and seafood. The lunch combo included salad and another small appetizer, as well as chawan mushi.


The chef cooked in front of us, and unlike in the US, there was no flashy "show" per se; he was purely cooking.


Our first batch of food were some veggies (onions, zucchini, mushroom) and seafood (salmon, shrimp, scallop). Everything was cooked very simply with a little bit of oil, salt and pepper, and tasted great.

After our first serving, the chef went on to cook the fried rice. I don't know what is it about teppanyaki's fried rice, I've always loved it. I see how they cook it, but I never can remake it at home.

The next serving was the beef and veggies. The beef was cooked perfectly and was really good! I didn't eat much of the veggies at this point since I was too full.


The lunch combo also came with dessert, and we chose the fruit plate. The fruit was served with this sweet jelly on top which was interesting but actually worked well with the fruit. 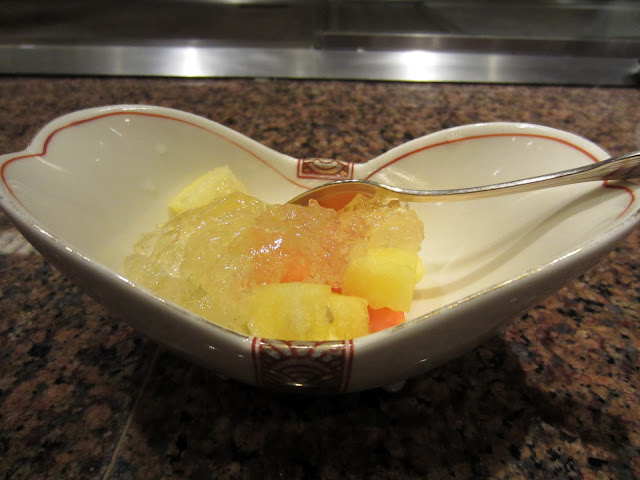 I think the lunch combo was around $20 per person, not bad at all for a great meal!  Dan said he thoroughly enjoyed the meal and that it was better than the typical hibachi restaurants in the US, like Benihana.

Martabak is probably my most favorite Indonesia dessert. I got a couple servings during my last trip to Indonesia, and this time I had to get it since Dan had never tried it. Martabak is a thick, buttery pancake with sweet fillings. My favorite flavor is the cheese one, sweetened with condensed milk. It's so good! :)

One of my favorite Indonesian drinks is Teh Botol (translation: Tea in a Bottle). It's Jasmine tea that's sweetened and usually served cold. You can find it at most Indonesian restaurants. Dan thinks that the tea flavor is a bit too strong with a strong after taste, but I disagree. :)

Years ago when Rotiboy started, there was always a HUGE line for Rotiboy, and people would buy dozens and dozens of these breads to bring home or as gifts for relatives. Now the craze has died down a bit, but I still really like it and always try to get one when I'm home. I got my fix from the Rotiboy counter at the airport terminal. You can probably find Rotiboy at the malls as well.

Rotiboy only sells one type of bread, which is their signature bun. It's a bread with butter filling, topped with crispy, sweet crunchy cover. This covering has a slight coffee/mocha taste. It's best to eat them fresh out of oven. Each bread cost around 85 cents. Not bad, huh? 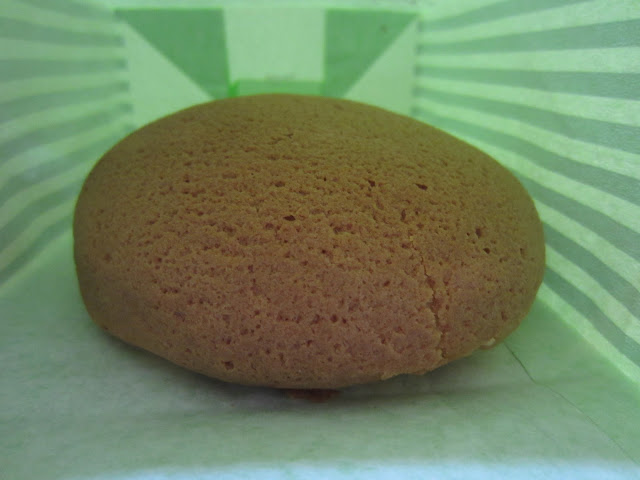 Next Post: Jakarta - Bali on Garuda Airlines
Posted by Marcela at 12:37 AM