We were put on a 9:20 AM flight in the morning, so we only had time for a quick breakfast at the hotel before we went back to the airport. Since we had a not-so-good experience at the Cabin lounge the day before, we decided to try a different lounge this time, the Pier. The Pier was a LOT less crowded than the Cabin, probably due to the much bigger size and that probably some crowds had left on earlier flights that morning.


There were a lot of empty seats here, some people even took 2 seats for themselves to rest/sleep - which was a good sign. Even though we already ate breakfast, it's so hard to say no to free food, hehe. 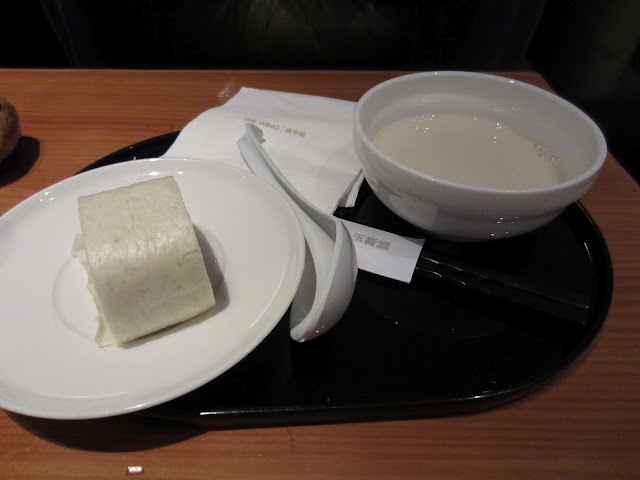 Dan and I tried the Chinese breakfast which consisted of a glutinous rice bread, as well as a warm soy milk. They were quite delicious.

We were happy that they didn't cancel our morning flight, and so we went to the gate for boarding. I was excited also to try this particular seats. It was an older model plane compared to our Chicago - Hong Kong flight, but it's always good to try different ones and compare. Dan & I sat across from each other this time. 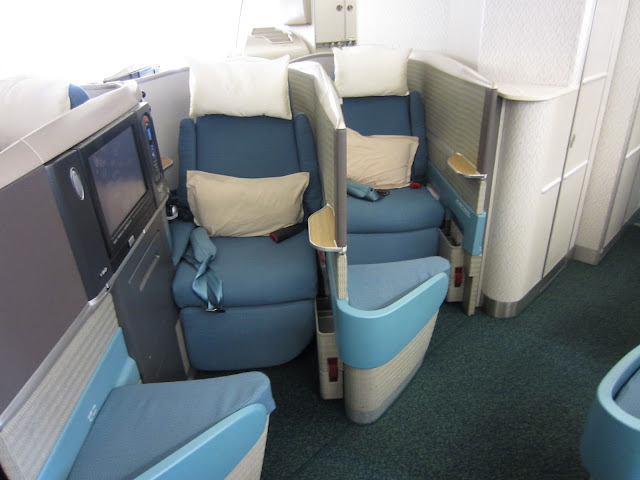 The seat did feel a bit more claustrophobic since there's the big wall between seats. It was pretty private though, but I think we preferred the newer seat design. The other interesting thing was when you sat down, all we saw were other people's feet...he he.

I got a fruity drink which I don't remember anymore what it's called now...:p I tried asking for the Cathay Delight but they didn't have it on this flight. 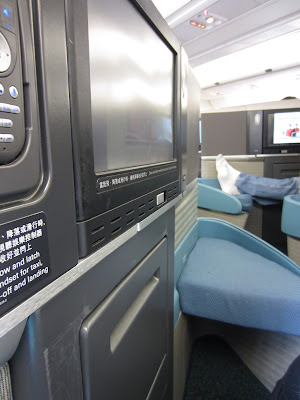 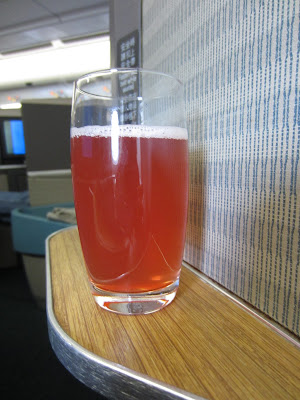 Since this was a morning flight, they served breakfast dishes. Dan got the omelet, and I got the dim sum. 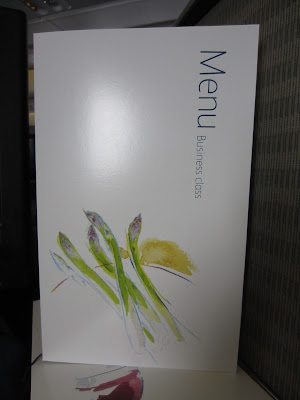 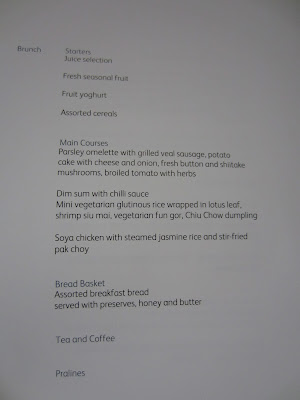 A fruit plate was served as well as a choice of bread. I went with the croissant which was served warm. 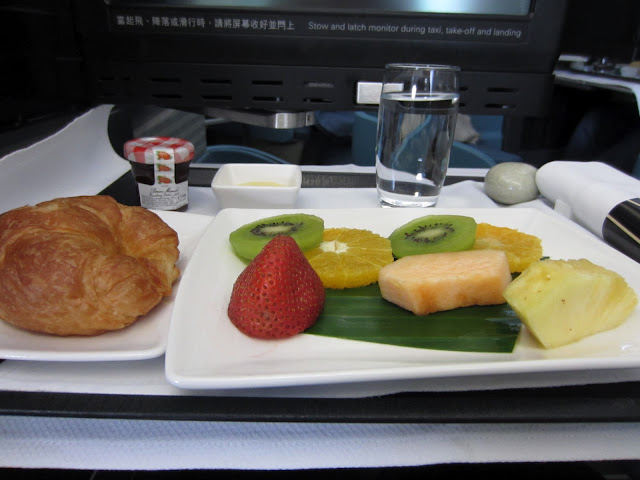 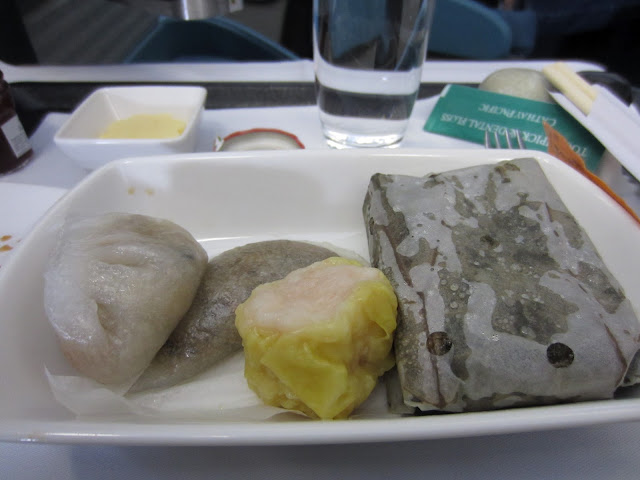 The flight was uneventful and we were so glad to finally land in Jakarta, in time for a couple days preparation for the wedding. Lesson learned, always leave a couple days buffer if you need to be somewhere at a specific time (like for a wedding). Thankfully all our bags also made it. So all in all, we were delayed by one night, but I'm thankful that we were safe and arrived ok.
Next Post: Best Cinema Experience in Jakarta
Posted by Marcela at 7:42 PM