We left bright and early to catch our 8 am flight to Cancun. We booked economy class tickets this time around. Thankfully the plane was not full. We got all 3 seats in our row for the 2 of us, so we were able to space out a bit. I told Dan I had a feeling that they would provide food because it's an international flight. Turns out food cost extra, just like domestic... hehe, I guess I should have known. :) 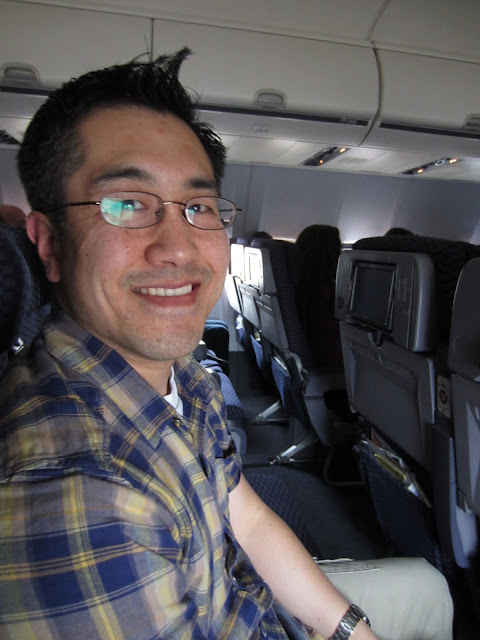 Flight took around 4.5 hours. Once we landed, the immigration line took forever. It seemed like all flights from the US arrived at the same time. We were in the immigration line for about an hour, then finally picked up our luggage, and went outside for our prearranged shuttle with USA transfer, which came recommended on Trip Advisor.

Our hotel was located in the Cancun hotel zone, which was about a 25 minute ride from the airport. Unfortunately, it was raining that day, so no beach time. :p

Once we got to our resort, we cleaned up a bit and then headed down to grab dinner. We wanted to try the Mexican restaurant, but it wasn't open even though it was already 6 pm. We went to the cafe and ordered a small panini sandwich to share since Dan was starving. Since it was our very first time in an all inclusives we didn't really know how it works - turns out you can just order anything you want and not have to worry about signing anything. How nice! 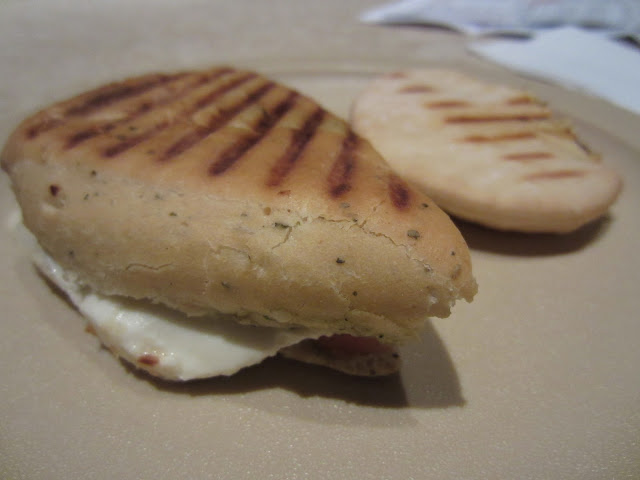 Afterwards we went to the Asian restaurant called Dragonfly since that was open. The decor of the restaurant was nice although it was very dark inside. The menu was Asian but it was all over the place: Dim sum, pad Thai, teppanyaki, curry, as well as sushi. Being at our first all inclusive resort, it was really nice to be able to order anything, and I noticed that the menu didn't have prices. :) I ordered the miso fish, and Dan ordered the ribeye teppanyaki. 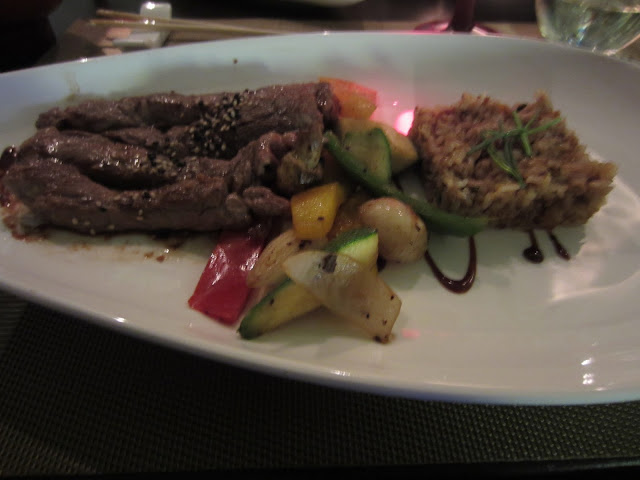 Food was so so, not the greatest, but what can you expect from an all inclusive?

Their dessert was actually pretty good. Dan ordered a lychee coconut soup, and I ordered a vanilla tempura ice cream. I love the tempura ice cream so much I ended up ordering it almost every day! It reminded me of a fried ice cream place we had back home in Indonesia. 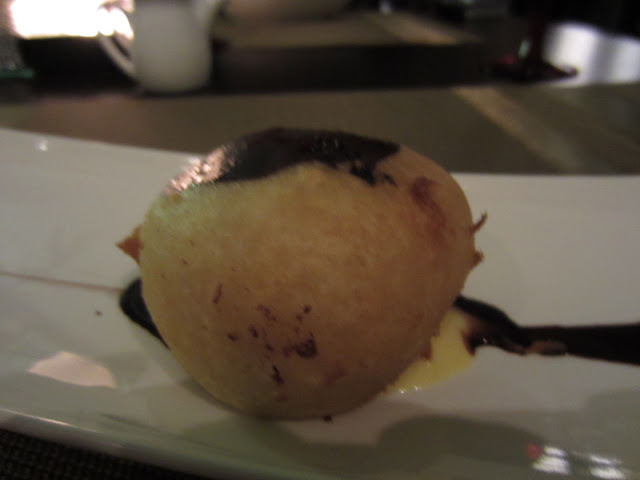 After dinner, there was no bill to sign -- that was kind of nice. We then walked around the property a bit before going back to our room to rest.

Next Post: Cancun Day 2: Can Cook in Cancun
Posted by Marcela at 7:35 PM