ANA from San Jose to Jakarta

We booked our trip for Christmas break about 11 months in advance since we knew it would be high season, and we wanted to make sure we could book using miles. We have never flown ANA before and were excited to try the airline. Another exciting thing was that we could actually fly from San Jose, which was much closer to us than flying from San Francisco. Since baby M was still under 2 years, we got her an infant ticket (and paid around $600ish I think).

Check in was easy enough. The counter didn't open until three hours before the flight. We were actually at the counter a little before three hours (I know!), and had to wait a few minutes for the counter to open. An interesting thing was all the check-in workers bowed before they started taking serving us. Reminded me of a similar thing with Asiana.

We let baby M roam around the airport with the intention to tire her out for the flight. She was really happy to see the airplane and kept running around in the terminal. We spent the rest of our time at the lounge, which was small but quite nice. We actually preferred it over the United international lounge at SFO.

Boarding was actually very fast, almost felt like a domestic airline. The plane itself was not very big; that's probably why boarding went pretty quickly. We were seated in seats 6C and 6F. 6C was actually a lone center business class seat and 6 F was a window one. Space wise, 6F was more spacious, but 6C offered more privacy. We shuffled baby M back and forth between us throughout the flight. 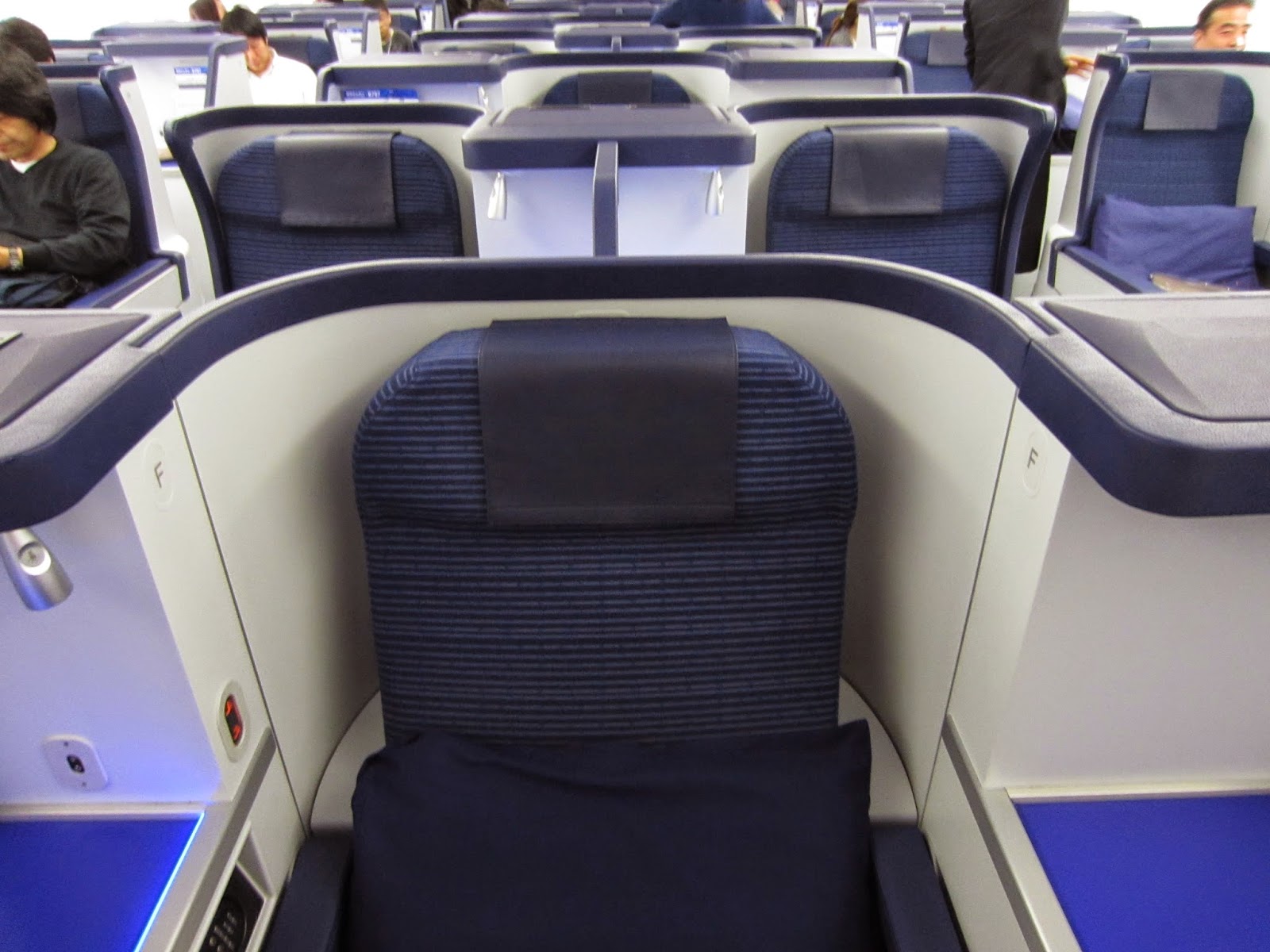 The seat did lay all the way flat, but I actually liked it slightly angled as I felt that it sloped at a weird angle when flat. 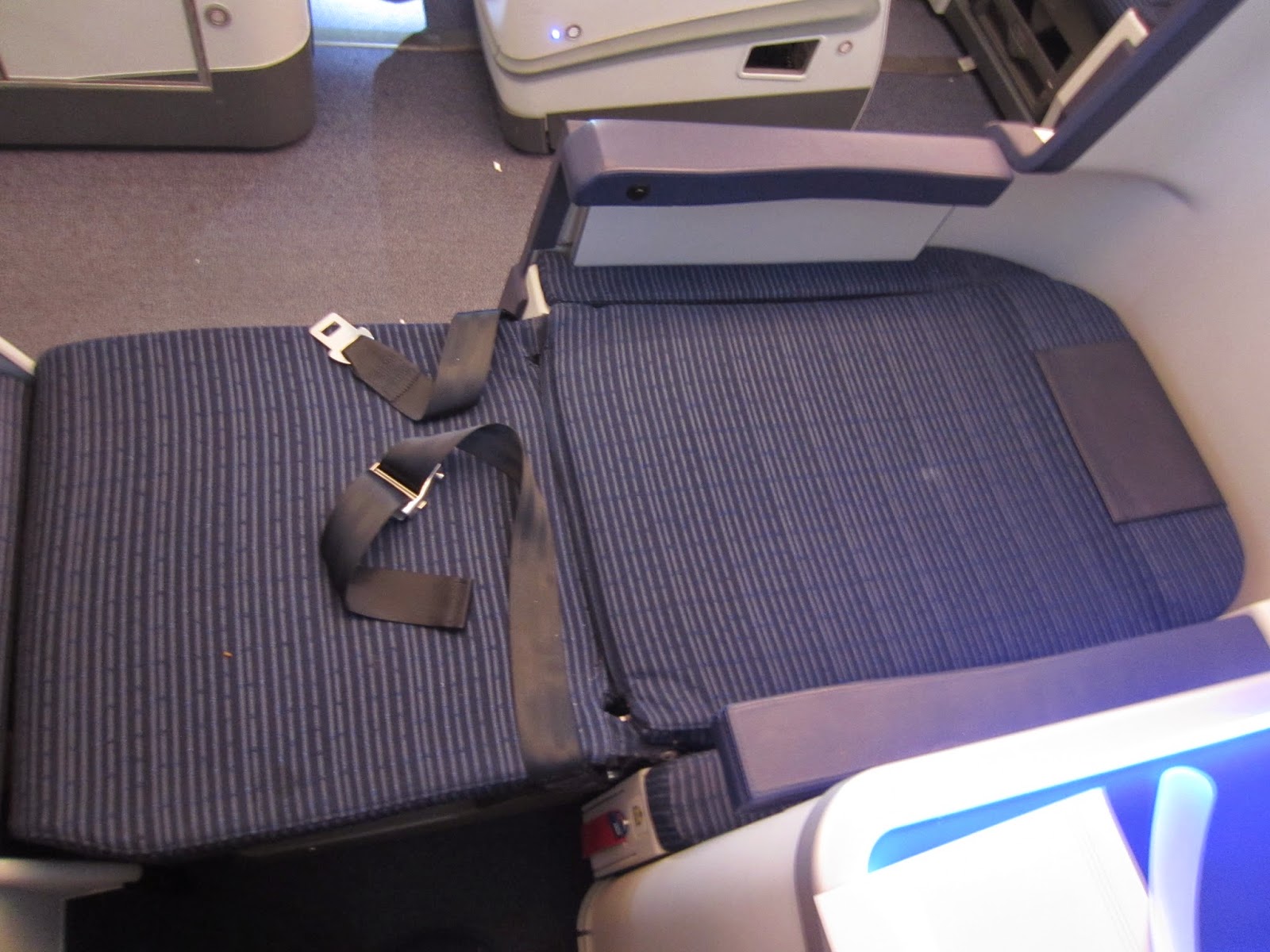 M was busy all throughout the flight and only took one 1 hour nap even though it should have been her night time sleep. I guess she was super excited, which made for very tired parents! 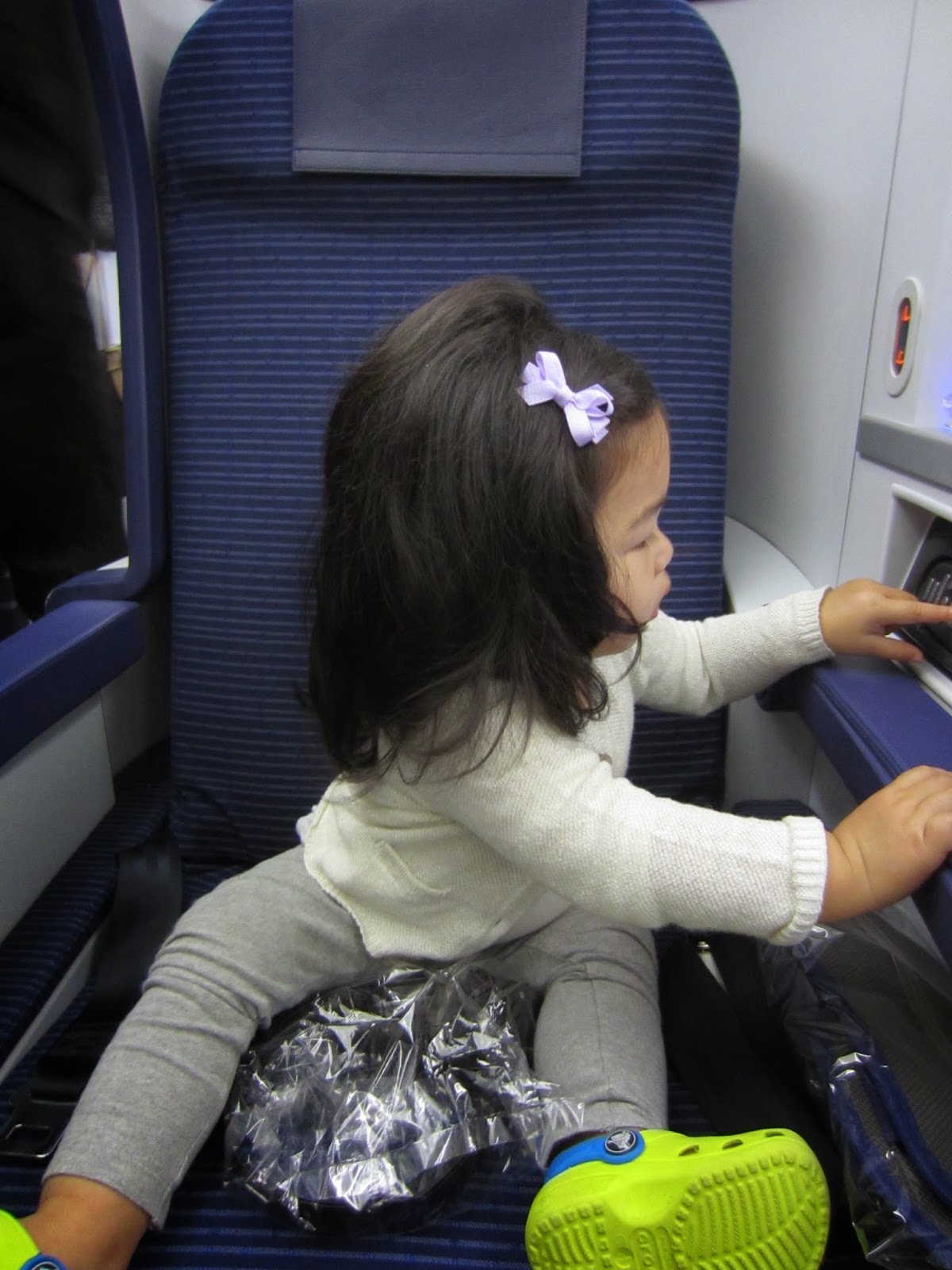 One thing that stood out for me during this flight was the outstanding food. The food was probably the best business class food we've had; it almost felt like a high end omakase at a fine Japanese restaurant. Interestingly, we found the dishes from SJC to NRT ended up tasting much better than the food from NRT to Jakarta. I would have thought that the food from NRT would be better since we were coming from Japan, but that was not the case.


The main dish was rice with fish (I think Gindara)? It was cooked perfectly and the rice was that perfect Japanese rice!


For dessert I had the tiramisu which was yummy. 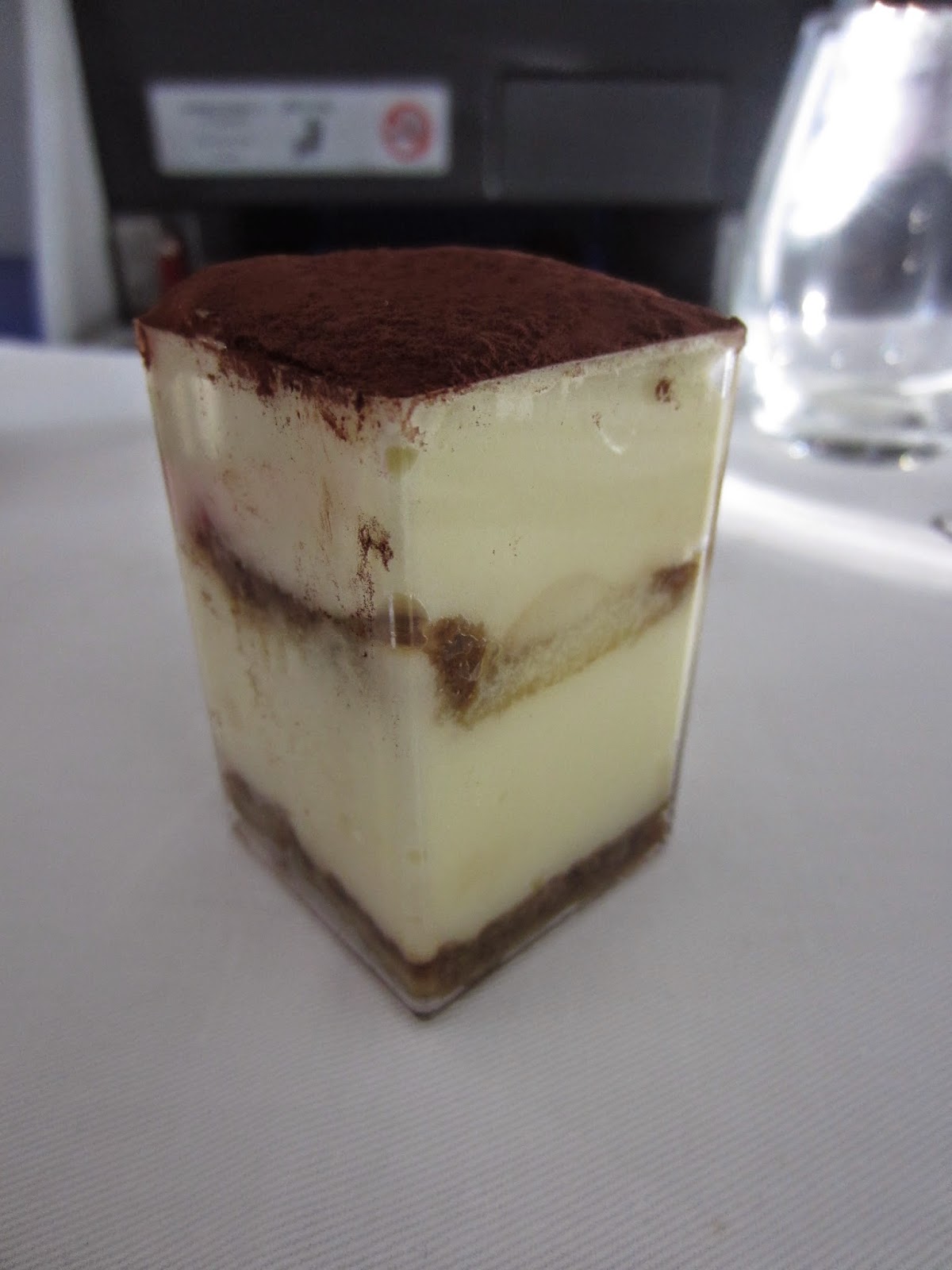 By the time we arrived in Tokyo, Dan and I were SUPER tired since M only slept for 1 hour on the 10 hour flight.  We checked out the ANA lounge in Tokyo. We were very full so didn't really eat anything. But we did take turns showering which was very refreshing after the long flight!

We were so tired by the time it was time to board our second flight...I don't think we took any pictures hehe. Our main mission was to get M to sleep so we could get some sleep too! I honestly don't know how we survived -- and sometimes in my mind I thought that this flight was too long for a toddler, and maybe we should have stayed put in the US for a little bit since our daughter was so young.

Thankfully we made it to Jakarta! And now our adventure truly began!