Activities & Where to Eat in Tokyo

My brother-in-law recommended we try this place while in Tokyo. Sushi Zanmai is actually a "chain", but we were surprised how good this place was. We went to the one near Tsujiki Fish Market and ordered the Omakase and several a la carte items. 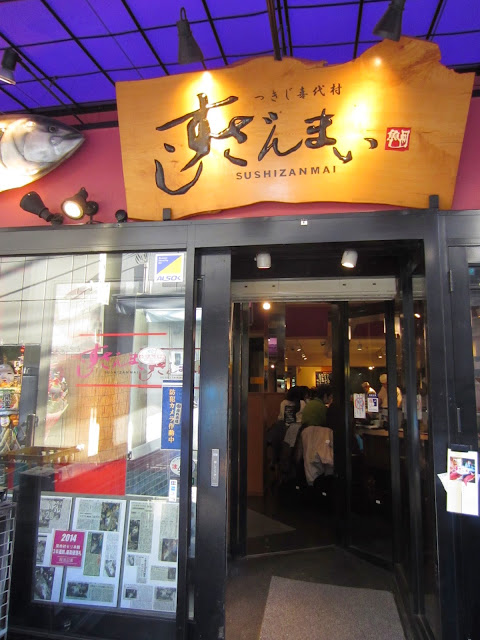 The fish tasted so fresh! I mean the restaurant was literally steps away from the fish market. :) The outstanding item was for sure the toro (fatty tuna). There was also a very interesting item, the "grass" sushi...haha


The toro melted in my mouth and did not taste like anything we had ever tasted before!
The restaurant was also quite family friendly as it's not super cramped and there's actually table seating instead of just bar seating.  There were multiple floors though, and we got seated on the 3rd floor.  So lots of steps. 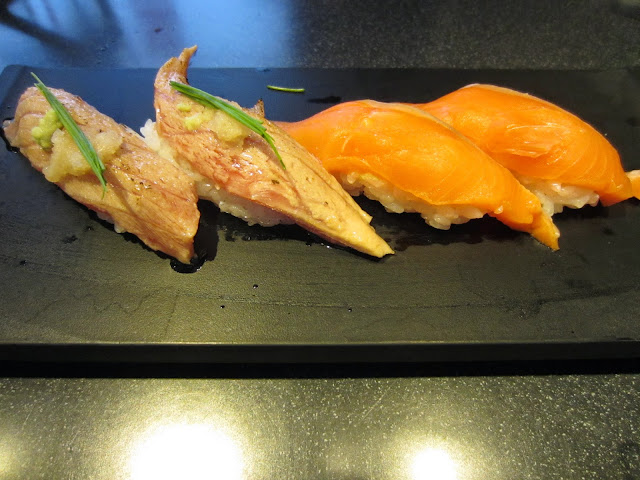 We really enjoyed our meal there. We know this probably may have not be the "best" out there, but we thought it was excellent for us. Given that we were traveling with a toddler, we couldn't always seek out the best places and instead we usually sacrificed for what's more convenient.

This was another recommendation from my brother-in-law. This place was a little bit out of the way from our hotel, but the trip was definitely worth it. 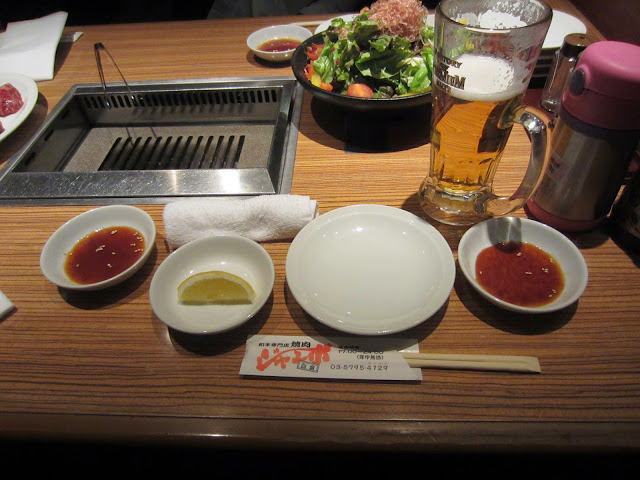 We ordered a couple types of meat as well as the signature Nohara yaki (must get this!). Everything was AMAZING, like melt in your mouth amazing! We could see the marbling in the cuts and knew it would taste so delicious.


The signature Nohara yaki cut was a bit expensive, as it's sold per slice -- but it was definitely excellent. We dipped it in raw egg, which probably wasn't the best idea as we both had a bit of a stomach ache the next day. Next time we'll skip the raw egg dipping sauce. :) 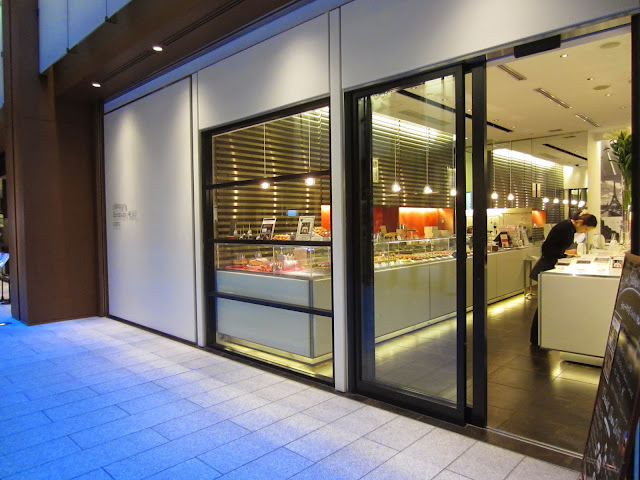 I really wanted to try this place so we visited the one in Midtown. 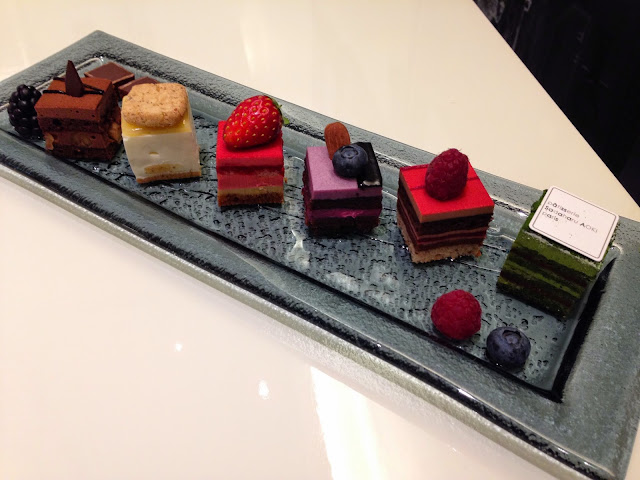 We tried the omakase dessert, which was pretty good (but not outstanding).

I also got a couple of macaroons to try. They had some pretty unique flavors like green tea and sesame macaroons. 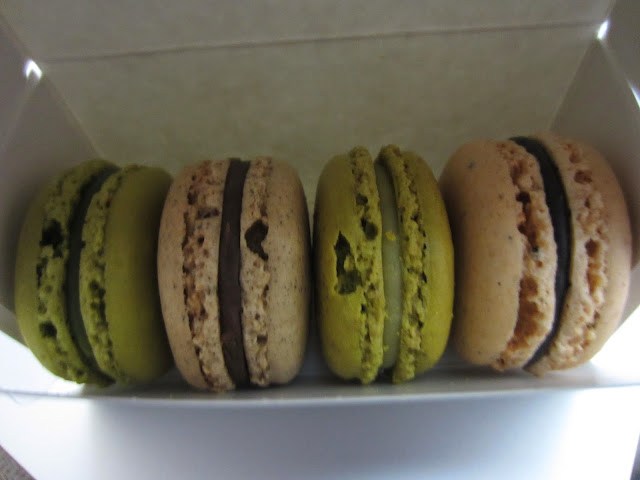 What was outstanding was the matcha croissant. It was probably my favorite, very unique - combining the best of Japanese and French flavors! 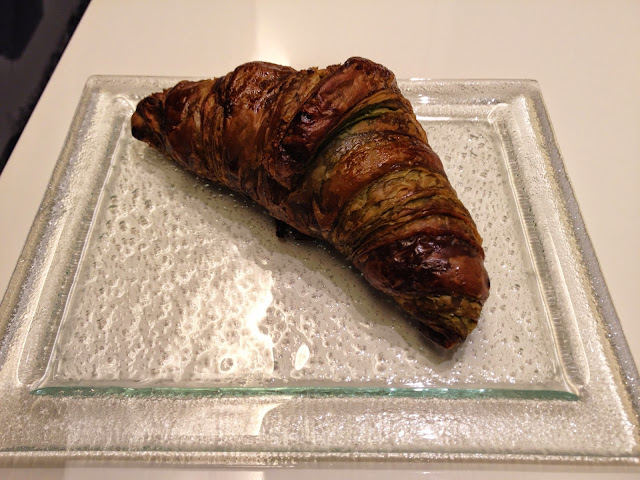 We also got the Green tea eclair - which I thought was ok (not as good as the matcha croissant). Price was a bit on the higher end, but we're glad we were able to try this place. 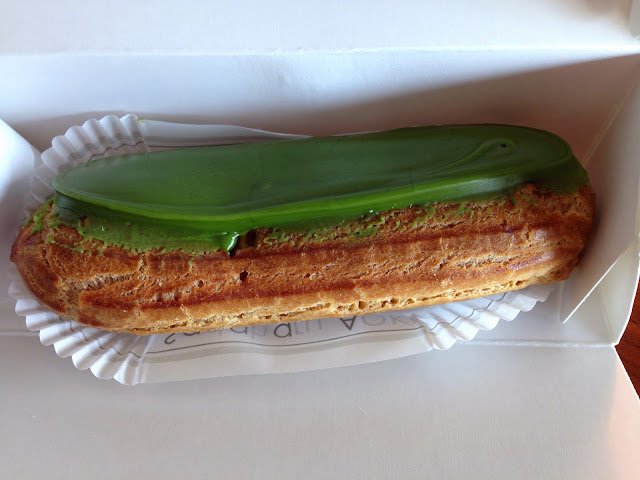 I squealed when I saw this store in Ginza. I had heard so much about this place, so to finally see a real store in person was a treat. We grabbed a couple macaroons to go and thought they were really good.

Haagen Dazs is one of my favorite ice cream brands, and whenever I'm in Asia, I always make sure to get the crispy sandwich since they don't have this available in the US!

This is basically ice cream in between 2 thin wafers. I don't know how they keep the wafer so crispy in the freezer!

We were not able to make it up to the top of the Tokyo Skytree, but we did have lunch at the food court. :)

I was so happy that there was an Ippudo Express (not quite the same as Ippudo, but I'll take it), as well as the famous Gindaco Takoyaki. The food court was really, really crowded, but we managed to find seats and really enjoyed the food. We also got katsu curry which was yummy as well.


I have had lots of takoyaki before, and I can say that Gindaco is definitely on the top of my list. It's crunchy on the outside and soft on the inside.

Tokyo Skytree is one of Tokyo's newest attractions, where you can go up to the observation deck to see the city from up high.

We didn't reserve a place in advance and the line was too long when we came, so I highly recommend booking in advance. 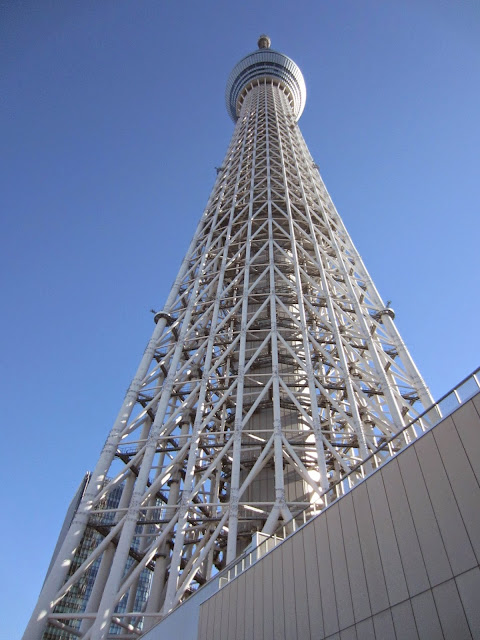 Since we were not able to make it to the Skytree, we went to the Asakusa area, which is like Japan's old town. There's a temple in the middle and lots of shops that sells souvenirs all along the walkways. It was nice to stroll around, although it was very cold since it was January! 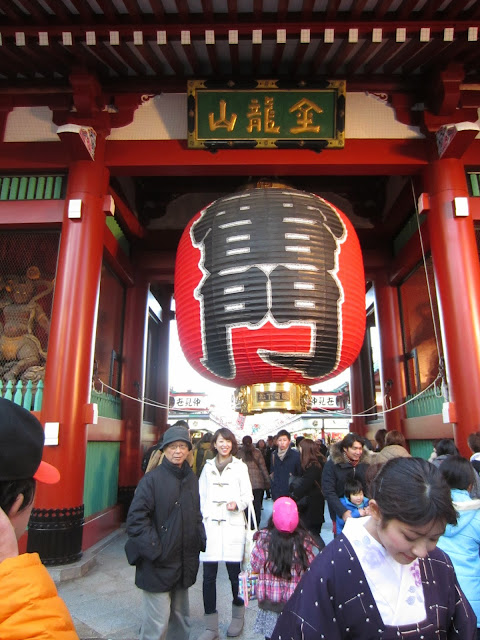 We wanted to visit a Hello Kitty store so our hotel concierge recommended going to Odaiba. It's actually a very "interesting" shopping center, and if I had known what it was like, I probably would have chosen to go somewhere else. The good thing from this place was we got to try green tea/vanilla ice cream swirl, as well as chocolate drizzled potato chips.

Since our hotel was located near Ginza, we took a stroll one night to see the shopping stores and find something to eat. We could definitely tell that it's a more upscale area. Unfortunately since it was really cold, we only went for a short walk before deciding to head back to our hotel. :)

There were several other areas that I wished we could have visited, like Omotesando, Roppongi Hills, Shibuya, and Shinjuku to name a few. To be completely honest, work had been very busy the last few months and I didn't really had to time to sit down and prioritize what to do during our layover in Tokyo, so I felt like the places we visited during this trip was a bit unorganized. Thankfully some of my Japanese coworkers actually took us out to the Skytree and Asakusa, otherwise we may have visited even more random places...haha.

We LOVED Japan, and three nights in Tokyo was definitely not enough. It did give us a good preview, and we definitely want to go back and spend more time in Tokyo and other cities in Japan. Food was amazing, even though this time we weren't really able to go to all the places we wanted. We realized now when traveling with a baby/toddler, we just have to go with the flow and convenience over trying to hit all the must hit spots. :)
Posted by Marcela at 7:28 PM

Labels: Tokyo, Trip Report, Where to Eat in Tokyo