I went with 3 of my girlfriends to the Central Coast area for a bridal shower/bachelorette party weekend getaway. We chose Pismo Beach area since it's pretty close by, and there seemed to be a lot of things to do around the area. We ended up not doing much other than eat and walk around during our trip though. :)

Our adventure started on Friday when we drove down - the drive was around 3.5 hours. We stopped for dinner at a restaurant called Villa Creek in Paso Robles. Dinner was pretty good, a little bit on the pricey side (considering the area). Downtown Paso Robles was really small, although surprisingly very crowded. Parking was a bit hard to find, and we were surprised considering how small the town is and it didn't seem to be such a "happening" town.


After dinner, we drove down to Pismo Beach, where we would be spending 2 nights. We booked an Ocean Front Deluxe room at the Sea Crest Inn - which was one of the higher room categories at this Inn. My first impression of the hotel was that it looked like an older renovated inn. The main building was 2 stories high, and the lobby area was nicely renovated, although quite small. We arrived really late and the hotel actually called us during dinner to confirm that we were still coming. The receptionist told us that our room had one of the best views. The room was pretty big and looked newly renovated. The size was surprisingly pretty big - definitely big enough for the 4 of us. The view was wonderful (especially in the morning)...and we could hear the waves crashing at night. 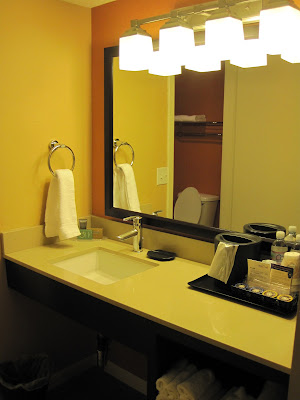 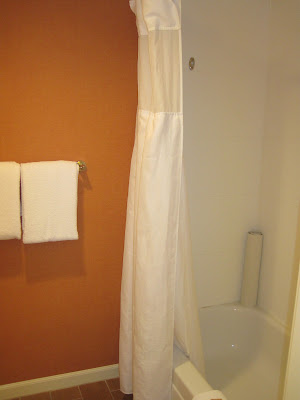 We woke up and strolled down to the breakfast area since it was included in the room rate. Breakfast was pretty basic (english muffin, bagel, cereal, juice). We only had a little bit since we knew we were headed to the Old West Cinnamon Rolls for a 2nd round of breakfast. :)

The weather was really cold that day, even though it was sunny. Originally we planned on spending some time at the beach/pool, but none of us felt like it due to the weather.


The Old West Cinnamon Rolls store is definitely a local favorite. There was a little bit of a line when we went but it moved pretty fast. There were cinnamon rolls being rolled in the store, cut into perfect sizes, and baked to perfection. The baked rolls were on display, and we decided to split 2 rolls among the 4 of us. We ordered the original with cream cheese on the side, as well as the walnut cinnamon rolls. They were both sooo delicious! Very gooey and just the right amount of sweetness!


Next stop was downtown San Luis Obispo. The downtown area was pretty nice, definitely bigger than downtown Pismo Beach area. There were lots of unique mom & pop stores, as well as chain stores (Sephora, Barnes & Noble, Gap). We accidentally stumbled upon the "Bubblegum Alley" - I previously read about it but didn't know where it was exactly. We're glad we found it, although it definitely was a little gross. :p 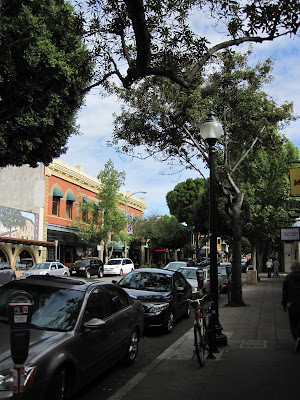 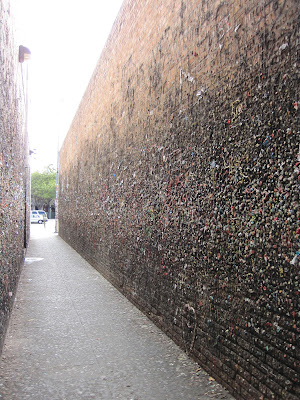 After walking around downtown for a bit, what else was there to do but eat??? A friend recommended Firestone Grill which supposedly has a really good tri-tip sandwich. When we got to Firestone grill, the line was already out the door. We ordered the tri-tip sandwich, pulled pork sandwich, a side of fries, and a side of onion rings.  The tri-tip sandwich was really good, definitely one of the better ones in California. Although I'm still slightly biased towards Texas BBQ and sandwiches--my all time favorite is still Rudy's BBQ in Austin.


After lunch, we wanted to do an afternoon activity and originally planned to go to Hearst Castle. Unfortunately, by the time we left San Luis Obispo, there were no longer tours available after 3:30 PM (we didn't know that the last tour ended at 3:30 PM). So, we reverted to Plan B which was to visit Solvaing, a cute Danish town about 1 hour south of San Luis Obispo.

I had previously been to Solvang and remembered it as a cute, small town. There really isn't much to do in Solvang other than to walk around and pretend you are in Europe. :) Wine tasting appeared to be pretty popular here too, although we didn't do it.


We drove back to Pismo Beach area, grabbed dinner to go from Rosa's (delicious Italian food), and then went back to our inn room for the Bachelorette party. Don't worry, we didn't do anything too crazy, but I won't blog about what we did here. :)

We all woke up late and ended up skipping breakfast. After checking out from our hotel, we made a quick stop to the Cinnamon roll store to buy some to bring home. Next stop was Splash cafe for lunch. They are famous for their clam chowder. We ordered one with extra seafood ($1.00 extra, but definitely worth it). The unique thing about this place is that they toast the bun, which made it even more delicious! This was probably the best clam chowder I've had.

After lunch, we walked towards the Pismo Beach pier, but didn't last long since it was really cold! The Pismo Beach area reminded me of Santa Cruz.... lots of surf store, a little "dirty", probably not one of my favorite beach towns. :p


On our drive back home, we stopped by Avila Farms, which was a quaint farm with several caged animals and a small market. We were too full to try their corn but did save room for some home made ice cream.


We had a great time in the Central Coast. It was definitely a great destination since there were quite a few things to do around the area. If you are considering visiting the Central Coast, there are several areas to visit nearby, which made this a pretty good destination - and it is halfway between SF and LA if you are driving down the route.


Activities wise, there are actually a lot to do in the area, contrary to what we did--just walked around and ate--which is not bad in itself. :p
Some food highlights from our trip (thanks to my friend, Pat, for recommendations):
Overall it was a fun girls trip - although it was a little different to be traveling without Dan :p

Marcela
Posted by Marcela at 9:39 PM