I've always always wanted to try hot air ballooning, but we never did because we couldn't justify the price. One day we saw a Travelzoo special for a hot air balloon ride in Napa for a bit cheaper than usual, so we decided to buy it. Unfortunately, the company that we bought from ended up going out of business, so we re-booked at the last minute with another company for a higher, more normal price.

Hot air balloon rides are usually done in the morning when the wind is still calm. We met with the tour company at 5:30 AM at the Marriott hotel in Napa. They then took us to the balloon setup / launch area. 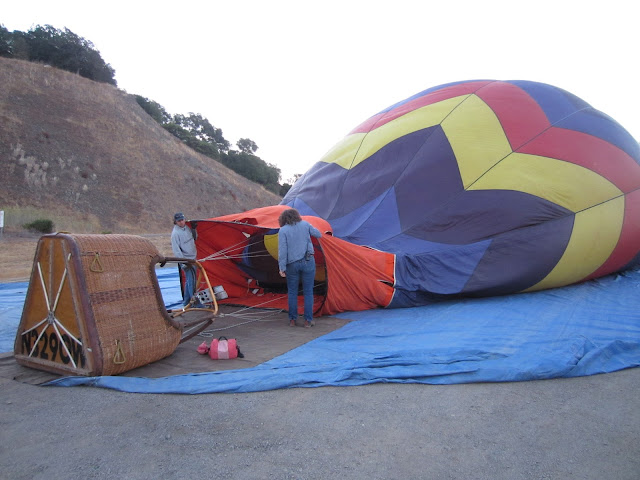 It was very interesting to see the setup of the balloon and to see it rise from a flat cloth to an actual hot air balloon. It does involve a lot of hard work though for the people setting up!

Once the balloon was raised, we were instructed to get in the basket. The basket itself was quite small, and probably only fit 5-6 people maximum. 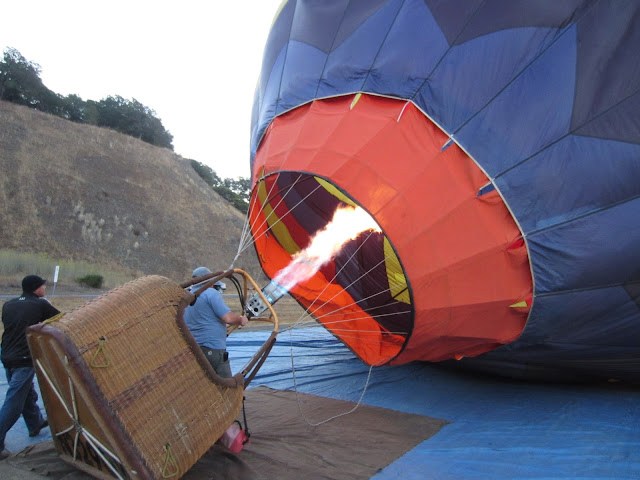 There was another couple with us, as well as the instructor. It was quite tight inside, but we still had a little room to move around. :) 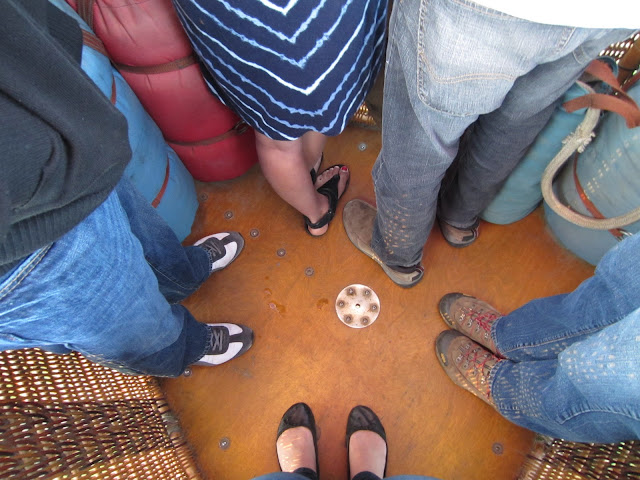 It was pretty exciting when the balloon started to rise. It rose in a very peaceful movement, and we moved inside the wind current. 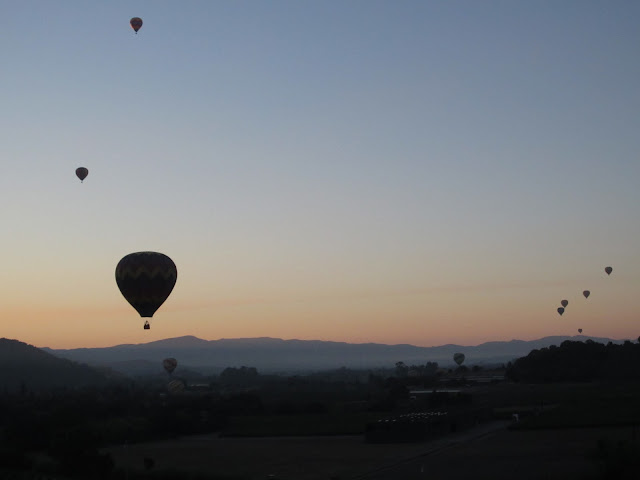 We started seeing all the other balloons around us and the view was just so breathtaking! 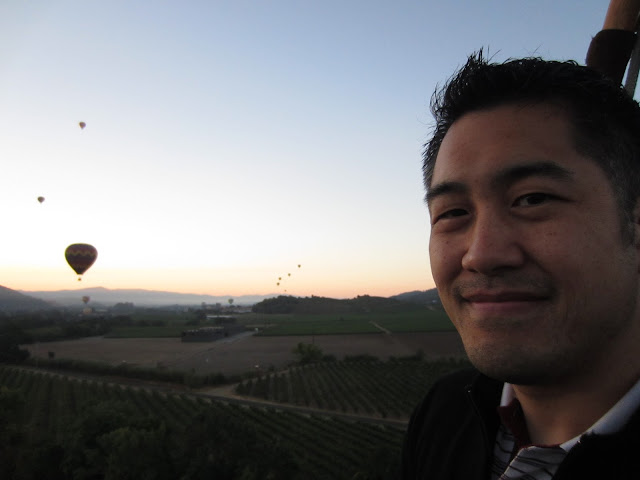 We floated up and down for around an hour. At our lowest point, our pilot brought us down, so the bottom of the basket almost touched the top of the vineyards. 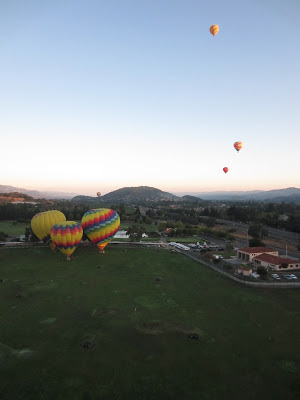 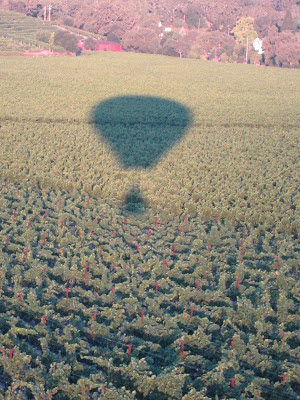 The hour passed by pretty fast. We just spent the time gazing and soaking in the beautiful views! 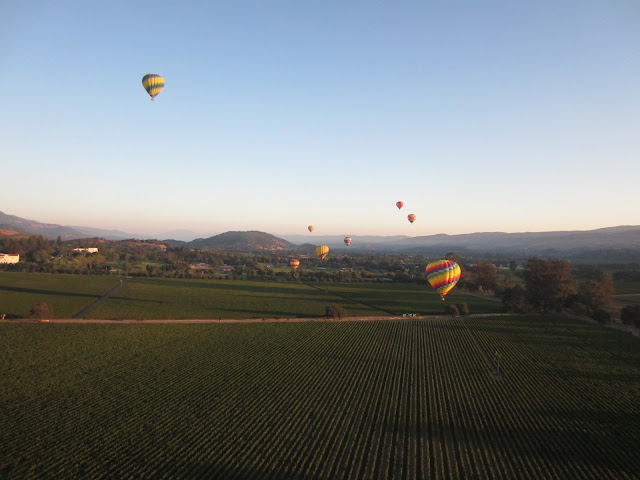 The landing part was a bit tricky, since these tour companies have to work with landowners on places where they could land. It turned out during that day, they were not allowed to land at their regular place, so they chose this quiet street for us to land on. There were 2 additional people who helped to pull the basket down so that it landed. 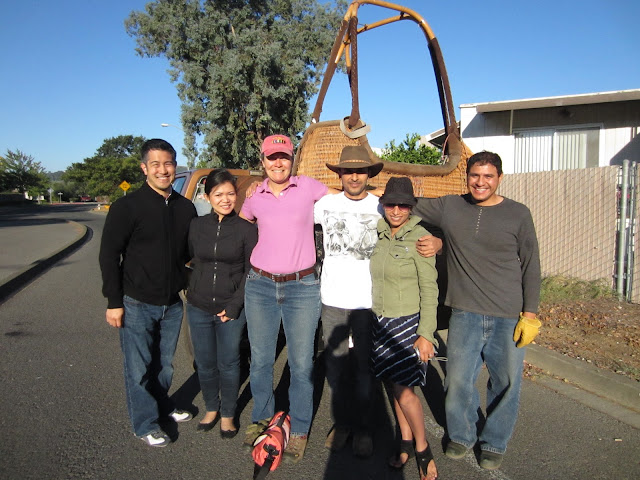 Thoughts: Overall we had a great time, and we're glad we tried hot air ballooning. It was quite expensive though--around $250 each, which is almost like a plane ticket ride. However, seeing how much work was involved with setting up and landing, we can see why the price was a bit steep. We probably won't do this again, but we're glad we could check this off our bucket list. :)