We were originally going to stay two nights at the Westin Princeville and then another two nights at the St. Regis Princeville. However, after reading online a lot of people mentioned that November is rainy season for the North shore (Princeville area), and so we thought it would be better if we at least spent two nights in the South side for a chance of better weather. The only SPG property in the Southern part of the island is the Sheraton, which didn't have very good reviews. But we figured it would be nice to spend time in the South, and then we'll splurge for our last 2 nights at the St. Regis. (Note, if you do decide to split your time between the Sheraton and St. Regis, we definitely recommend the Sheraton first and then the St. Regis, not the other way around - otherwise you'll be very disappointed).

When we arrived at the Sheraton property, it was a bit confusing as to where is the main building, as it looked like there were 2 main buildings and it wasn't clearly marked which one was reception. We took a wild guess and turned out we were in the right building. The open air lobby was nice. 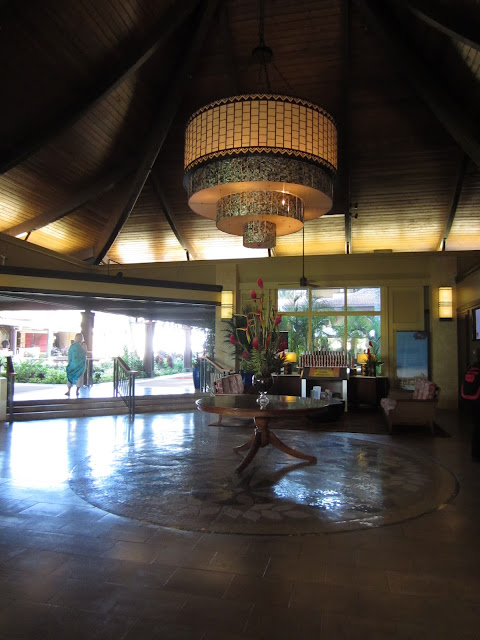 Since we booked using points, we were assigned the "Garden View" room, which was actually on the other building. They said that they were unable to upgrade us to an ocean view room but they would put us on the SPG Preferred floor which was the top (4th) floor. 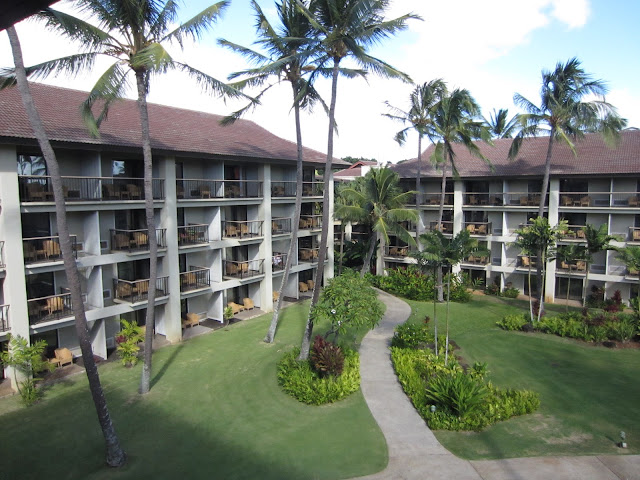 There's self parking next to our building, or there's the option to valet as well. Parking cost was included in the resort fee. 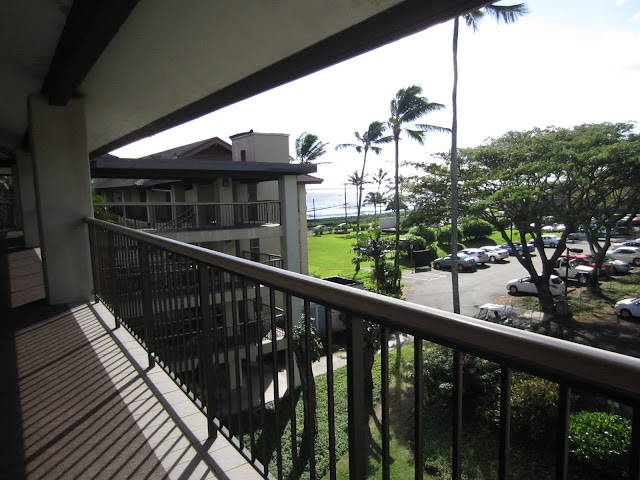 The room looked recently updated, and the decor was typical Sheraton. I liked the high ceiling being on the top floor. 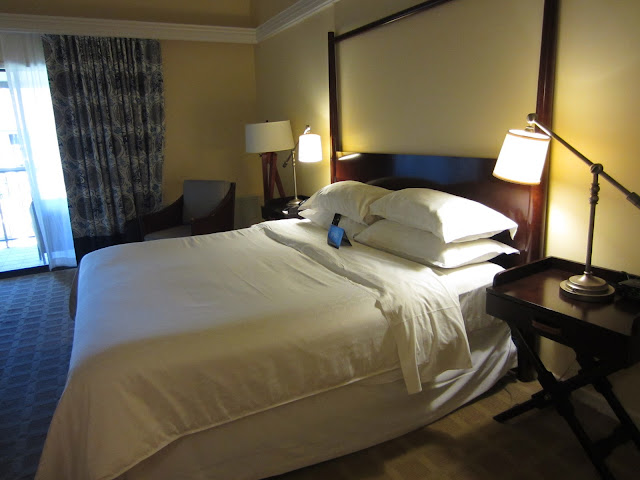 There's flatscreen TV as well as a small sitting area. 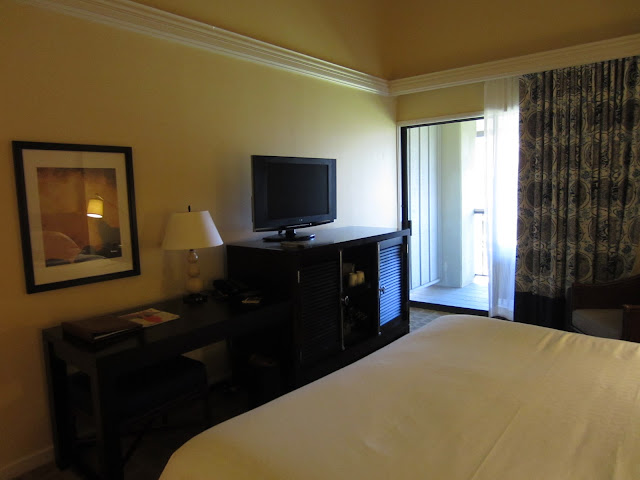 The bathroom was tiny and barely fit the bathtub. It was basic but clean enough. 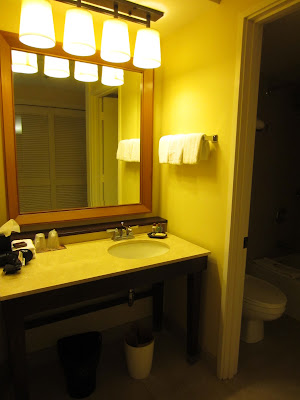 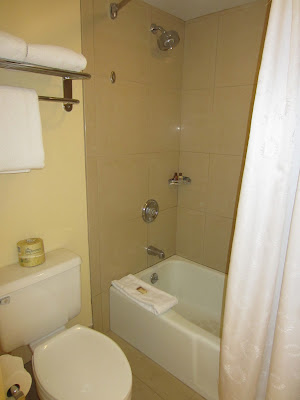 We had a small balcony overlooking the garden. If we looked hard enough we could see the ocean in the distance. :) 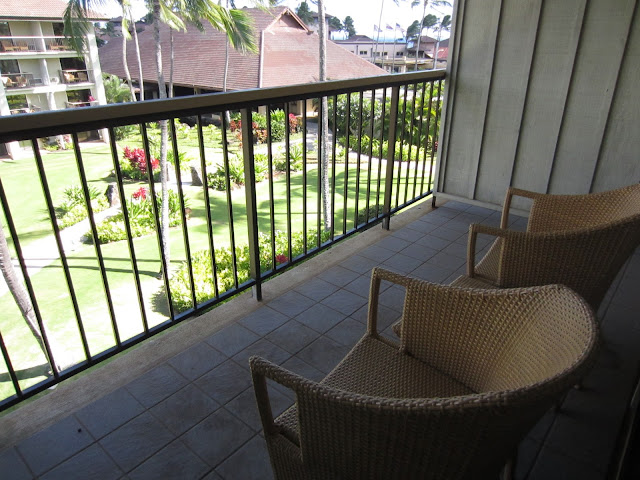 The hotel had a couple of pools--the most crowded one of course was the one by the ocean. We were able to find seats pretty easily though. 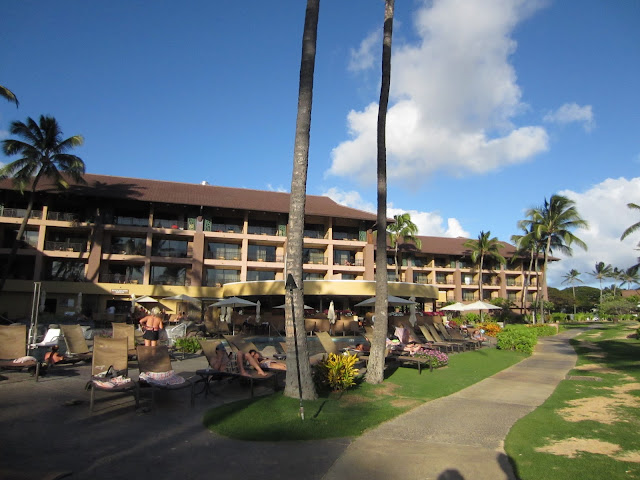 The Sheraton actually had a pretty nice beach and I loved how close they were to the beach. 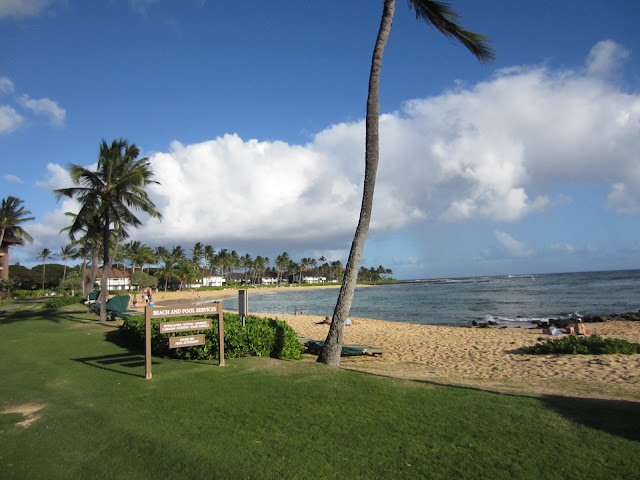 We were also given free vouchers for Mai Tais which we redeemed at the outdoor cafe. 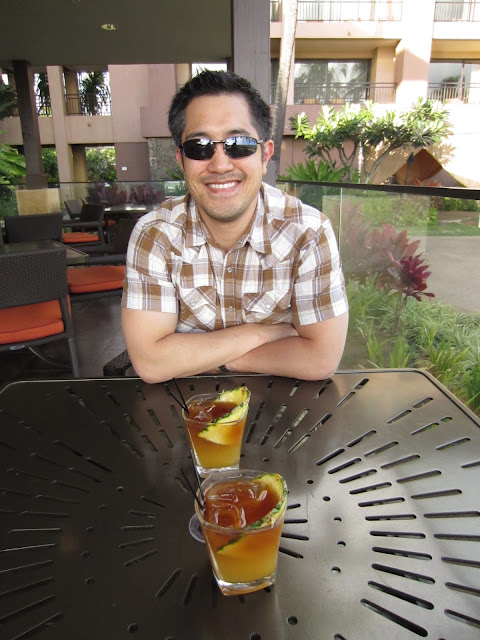 As part of being an SPG Gold member, they also invited us to a complementary evening wine tasting which was nice.

The hotel itself was just ok--hotel was a bit old but actually not too bad. The location of the hotel was pretty good though and more convenient to a lot of things compared to Princeville. It was closer to drive to Waimea Canyon, and the hotel was also located very close to a strip mall where there's shopping and restaurants. We did visit the Grand Hyatt for dinner one night and I was amazed at the size and grandness of the resort. At the Sheraton, since the hotel was separated by a main road, it felt somewhat disconnected and our building felt like it's not really a part of the resort. At the Grand Hyatt, we got the "WOW" feeling as soon as we entered--the ground was lush and beautiful and the swimming pools looked amazing. If you want to spend time in the South, I would recommend the Grand Hyatt rather than the Sheraton.

Next Post:  Food & Activities in Kauai
Posted by Dan and Marcela at 1:46 PM