We wanted to take M to visit Disneyland, and so we marked one weekend in early November. I thought that would be a good time to visit, before the Thanksgiving/Christmas rush.  But this turned out to not be true as the resort was fully packed!

We used SPG points to stay at the Sheraton Garden Grove, which was pretty close by. The hotel was a little older, and having last stayed at the Four Seasons Punta Mita, I could definitely tell the difference. :)  But hey, it was free so can't complain much.

Dan got "upgraded" to the SPG club floor which included lounge access for breakfast/snacks and early evening hors d'oeuvres, which was nice.

The room itself was a bit small, but the King size bed was definitely big enough. 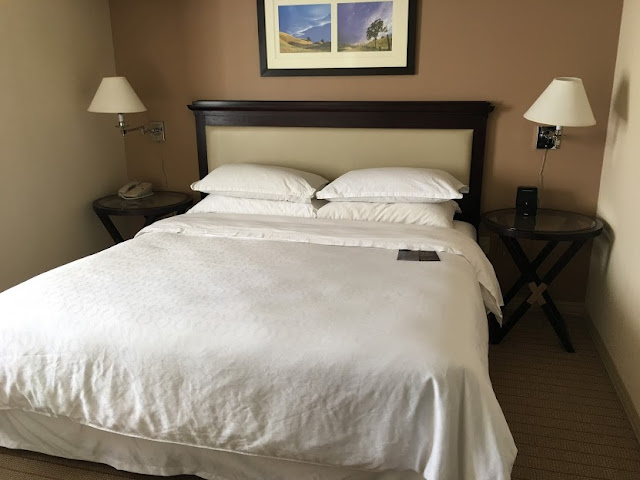 Bathroom was basic but clean. 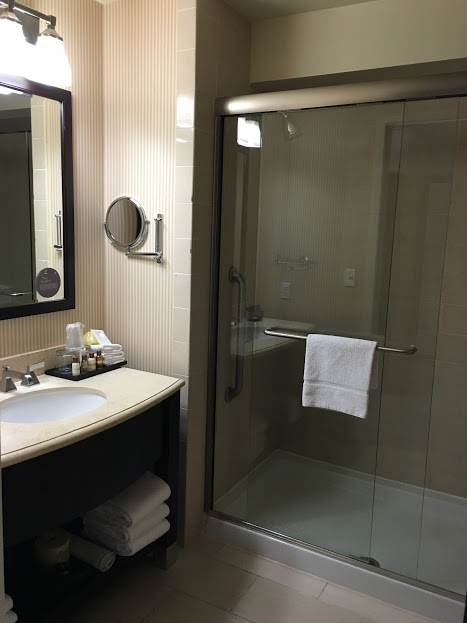 M kept asking for Kids Club (again because of our last trip to Punta Mita), but this didn't have one. :p 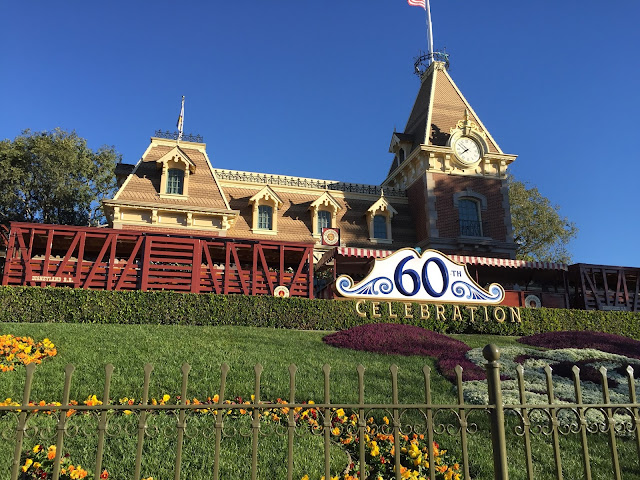 Our friend told us to come early in the morning and do all the rides, since it gets crowded after lunch time. The park opened at 8 AM, and we came around 7:30 AM to park and shuttle to the entrance. They actually let us to Main Street, but not beyond. From 7-8 AM, only Disneyland hotel guests could enter early for the extra magic hour. Exactly at 8 AM we were allowed in and did a lot of rides:
Then we head over to Toontown and to check out:
Afterwards we did:
Just before lunch time, we noticed the crowds started to get bigger and bigger! M took a nap and after lunch & nap, we could only fit a few more rides since it was already really crowded. 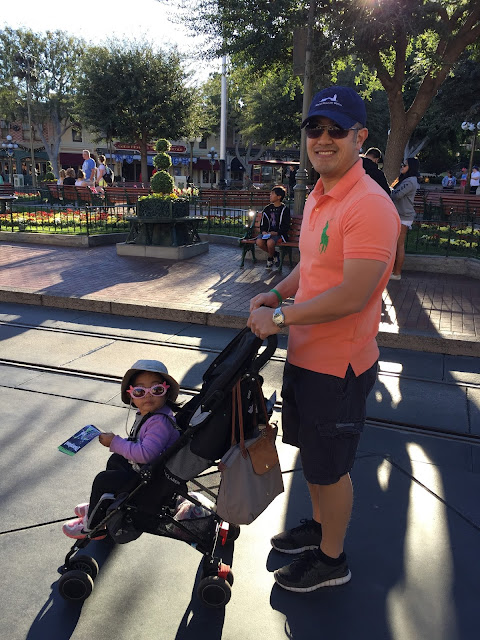 We did the following activities after lunch:
After the parade we were pretty tired so decided it was time to go to dinner. M didn't want to leave, but we told her we could come back another time.

I had always wanted to try this, so when I heard that they recently opened in Orange County, we made sure to stop by right after we arrived at the airport.

We went around noon and waited for 25 minutes. I got the small chicken rice and Dan got the regular combo over rice. The small size was actually very filling and definitely enough for me.

This was my first time trying it and I thought it was definitely yummy. The combination of the seasoned rice with chicken, crispy lettuce, tomatoes, and the creamy white sauce was very comforting. The red spicy sauce was actually VERY spicy, so I would recommend just getting it on the side.

For dinner we went to Brodard, since I've always wanted to try their Nem Nuong. We went pretty early for dinner to avoid the crowds and were seated immediately.

We ordered the Nem Nuong and a rice dish to share. I was so excited to try the Nem Nuong, but was quite disappointed. It was pretty good, but it didn't compare to the one in Sacramento that we love so much. 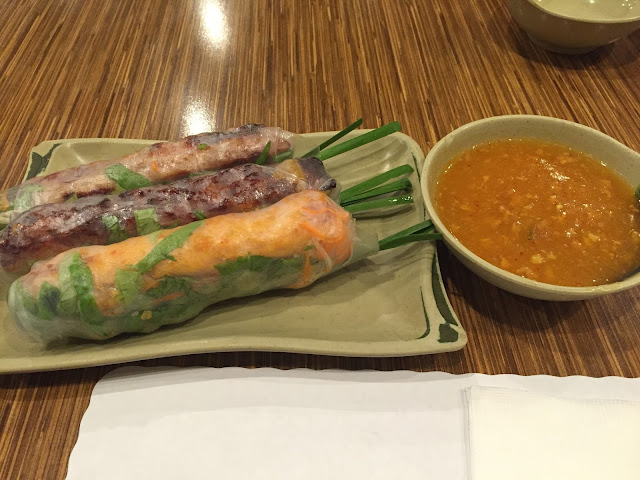 Everytime we go to LA, we make sure to save room for Korean BBQ, as they have the best spots!
The newest one that is really good is Kanghodong Baekjong. Last year I went with my sister to the one in K-town LA, and it was really good. They just opened a branch in Buena Park, and Dan wanted to try.

We got the small beef combo to share which included Chadol, Ribeye steak, and Galbi, and they were all soo good! We could tell the meat quality was superb. 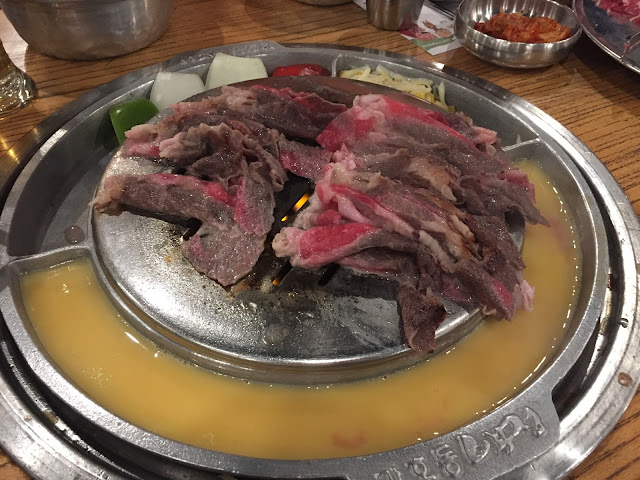 For Brunch the next day, we went to Bruxie in Orange for their waffle sandwich. We shared the fried chicken, prosciutto & gruyere, and the seasonal creme brulee sandwiches. Everything was very tasty! 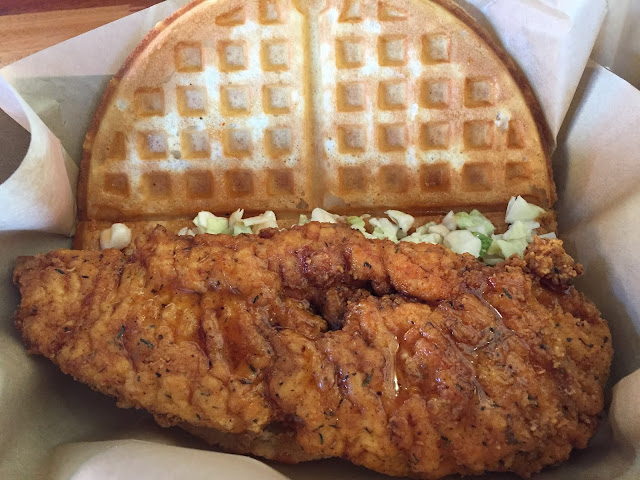 After Bruxie, we headed over to the Anaheim Packing District. I had always wanted to check it out. It's a really cute warehouse that they converted into a high end food court. It reminded me a little bit of the ferry building in San Francisco, but smaller scale.

I went to Popbar and got a customized ice cream! 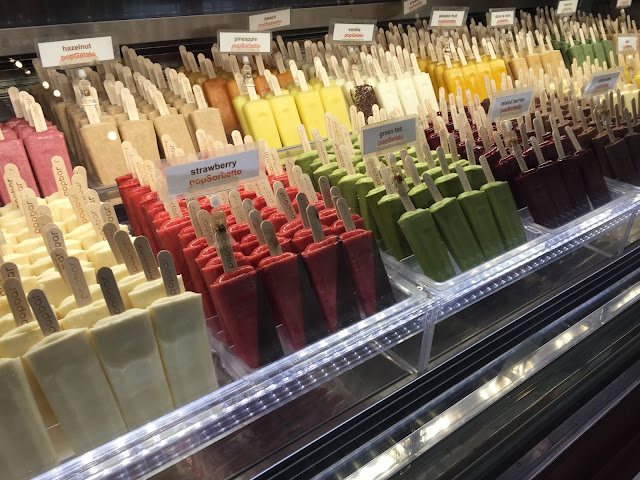 We had a fun time at Disneyland and would love to come again maybe next year.

Our recommendation is to come early and do as much rides as you can in the morning, as the crowds gets pretty big at around lunch time! If you can stay at the Disneyland hotel and get that extra magic hour, you can even fit in more rides. :)