I had this question on my mind before going to Punta Mita on where to stay: the Four Seasons or St. Regis.  Since we got to stay at both, I'm going to do a somewhat detailed comparison of the two resorts:

The St. Regis' room was definitely better than the Four Seasons. The room size was larger, and I loved the decor. Everything felt newer at the St. Regis, and it had the beautiful tub with indoor & outdoor shower. 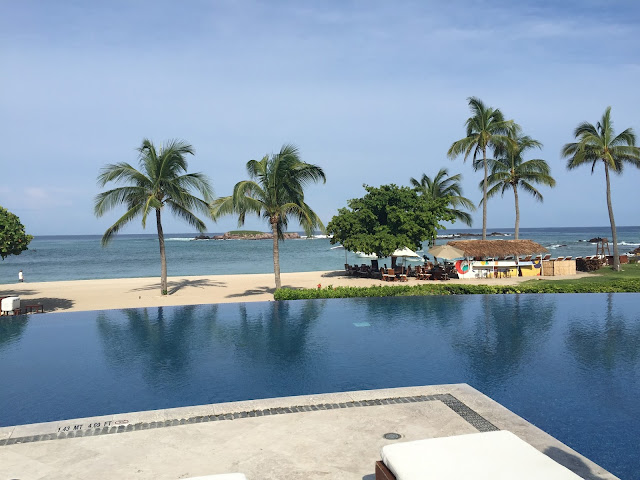 Both resorts provided really good service. The Four Seasons service was a tad better/more personalized, so they win this category.

Food at the Four Seasons was actually slightly better than the St. Regis. Breakfast was comparable (although FS had the smoothie bar!), but in general, we both felt that the food was better at FS.

Both hotels had contracted taxi service. We felt that the taxi vehicles at the St. Regis were nicer (more SUVs), versus FS which was more like minivans.

The only thing was car service at the St. Regis was charged separately, whereas FS billed it to our room, which was much more convenient.

Both hotels had Kids Club rooms with toys, books, arts and crafts and other play things for kids. The St. Regis Kids Club room felt a little worn down and even the toys too.  FS was much nicer, cleaner, and right by the lazy river.  St. Regis set up an arts and crafts area by the kids' water fountain play area in the morning, which was really nice. 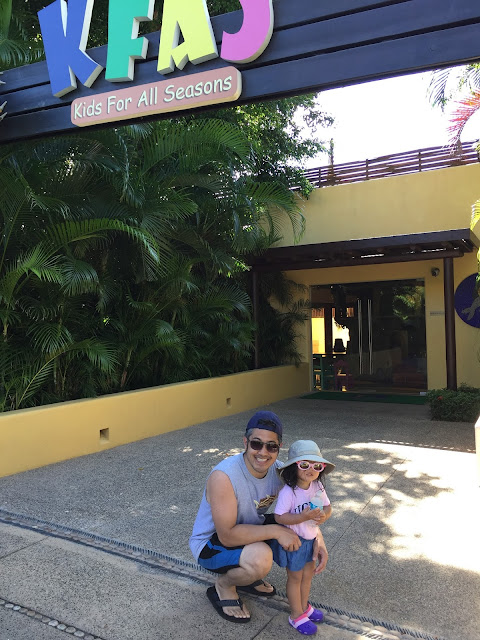 If we were given a choice to pick only one, we probably would go with the St. Regis. But I would say it is pretty close, and we would be happy to go back to either resort!

Price wise, it was somewhat comparable to Hawaii -- probably because both the Four Seasons and St. Regis were on the higher end.

We felt pretty safe in general, and this being our second trip to Mexico, we knew what to expect.

Overall we had a great time in Punta Mita. It's definitely a great destination, not to far from the US West Coast! We loved how the flight was not too long (3.5 hours), and both resorts were family friendly.