Australia & New Zealand Cruise on the Ovation of the Seas

This trip came together somewhat last minute when my mom suggested that we all meet up for Christmas and do a cruise around Australia and New Zealand. I did quick research and noted that the newest ship from Royal Caribbean, the Ovation of the Seas will be sailing this itinerary. At that point, there weren't a lot of available cabins left, so I quickly asked my sisters if they would all be coming. After I got everyone's confirmation, I booked our cabins for the cruise.

The cruise was a 15-night cruise, departing Sydney, with the following stops:

Our family decided to disembark in Auckland instead going back to Sydney, so we would only be on the ship for 12 nights instead. I had to get special permission from Royal Caribbean, and we ended up having to still pay for the full 15 nights.

Ovation of the Seas

The ship is big; supposedly it's the biggest ship ever docked in New Zealand. There were around 4,500 passengers + 2,000 crew on board. There were 15 decks on the ship. We booked the cheapest balcony cabins, which had obstructed views. We were in the Forward section of the boat on deck 6, close to the elevators. The balcony was basically blocked by the tender boats, which was not bad, but the view was partially blocked by the boats.

The room size was not bad, and I liked that there was lots of storage, and we were able to store our suitcases underneath the bed. The rooms were serviced twice a day, which was nice. And every night, there were always animal towels left on our bed, along with the newsletter/activities list for the next day. 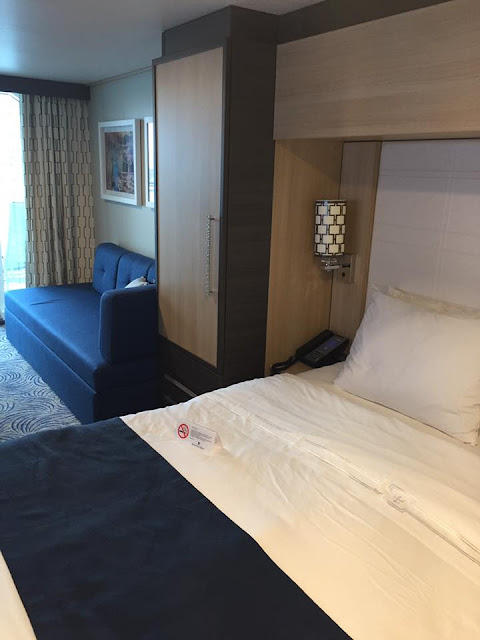 The bathroom included a small shower, toilet, and sink. It was designed pretty well for such a small space. 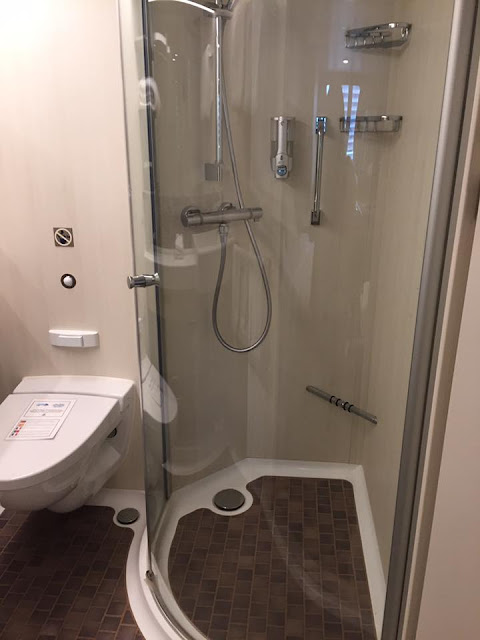 Food on the Ovation of the Seas

American Icon & Silk are located on deck 4, and was the location for the My Time Dining reservation. I highly recommend doing reservations, even if you are doing My Time, as there are limited tables for big parties such as us (we had 12 people total). The food was okay, and towards the end we got really bored of the food variety. Service in general was pretty good and the waiters were pretty helpful. We met a lot of Indonesian waiters working on the boat and had some interesting chats with them.

We bought the discounted food package while we were on board. It ended up being $115 for 5 specialty restaurants, which is actually better than paying for the upcharge individually. This package allowed us to try Jamie's Italian, Wonderland, Chops Grille, and Izumi. Since we had the package of 5, we ended up eating at Jamie's twice.

This was probably our best meal on the ship. The up-charge for this restaurant option is $35 per person, but we got it as part of our dining package.

We ordered the meat plank, calamari, and garlic bread for appetizers. For the mains, there were plenty of pasta options; our favorite was the truffle tagliatele! It was seriously one of the best pasta dishes I have ever had in my life. 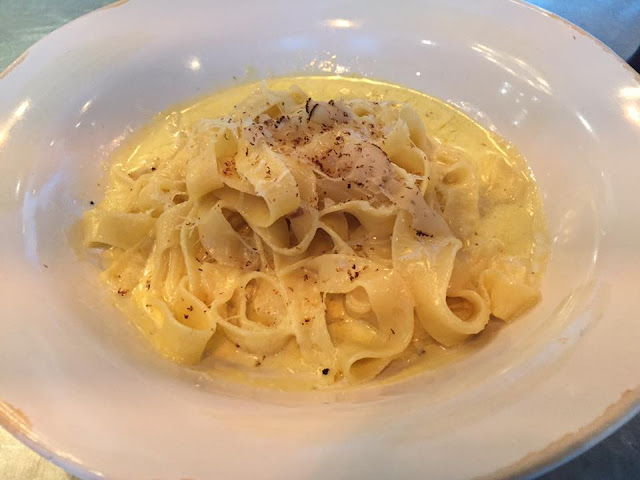 Wonderland is another specialty dining with a $50 up-charge per person. The menu was very interesting, we had to discover the secret menu by using "magic" water to paint over the menu. The restaurant design is very whimsical, even the waiters were wearing Alice in Wonderland type clothing.

Food was pretty good, but it's not really true molecular gastronomy like Alinea. Nevertheless, it was still a fun experience. 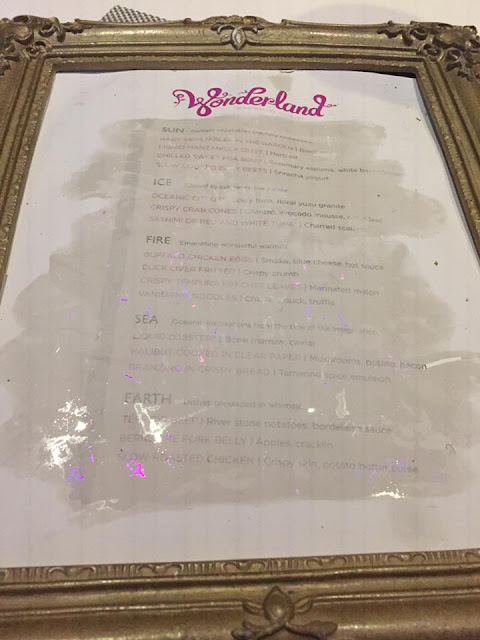 For each port, we booked a private tour with a local guide. This was actually, believe it or not, more economical than booking tours via the cruise ship. This was because we had 12 people in our group, so if you divide per person, doing private tour was actually not bad. The private tour ranges between 600-1200 AUD/NZD, depending on each location.

For Hobart, I booked with Island Time Tours. Rosie was the owner/guide, and she waited for us at the port. She had a slightly older, but comfortable bus with wool seating.

She took us to Bonorong Wildlife sanctuary and then to Richmond (convict town).

The Bonorong wildlife sancturary is like a zoo, but not. This is where they rehabilitate wild animals who are hurt. And if they can, they eventually release them back into the wild. We were able to get very close to kangaroos as there was a huge field with lots of them. They let us feed the kangaroos and pet them. 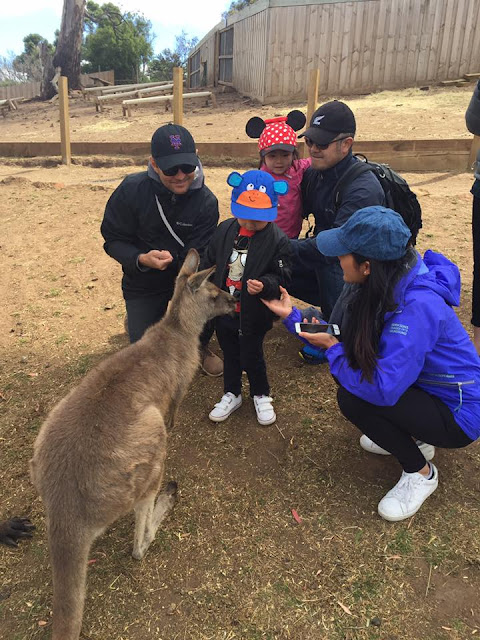 Afterwards we went to Richmond, which was a lovely little town where they still had a full structure jail. We went inside the women's jail and it was an interesting experience.

Afterwards, we went to the playground where the little ones played for a while!

Originally, we were supposed to visit 3 sounds:  Milford Sound, Doubtful Sound, Dusky Sound. However, due to the rough weather predictions, our stops to Doubtful Sound and Dusky Sound were cancelled. We did spend a longer time in Milford Sound, but we were not allowed to get off the boat. So it was a bit disappointing, but we understood that it was for safety reasons. 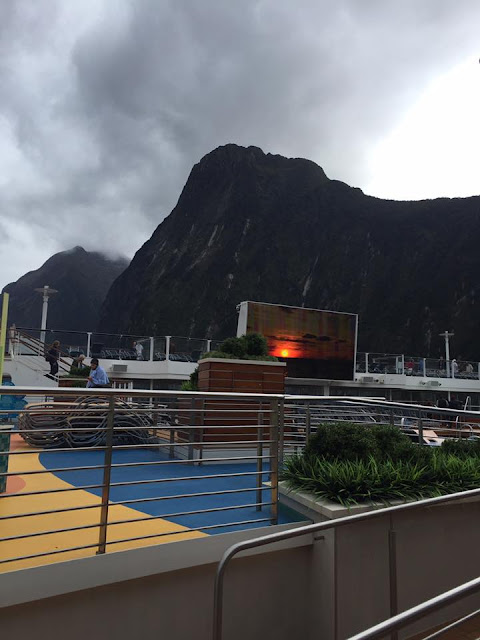 Our stop for Dunedin was also cancelled, which was a bummer, so we had an extra day at sea before our next stop at Wellington. By this time, we had been on board the cruise ship for 3 full days and were more than ready to get off the ship.

The weather in Wellington that day was not that nice (raining, cold, and windy!), but we were just glad to be able to dock on land. Our guide said that they had wonderful weather all throughout until we got there!

We booked with Silver Cloud Tours, and Helen and Mark were absolutely amazing! They had a Mercedez minibus for us as well as a smaller van. The vehicles were new and clean, and there were bottled waters and mints, which was a nice touch. 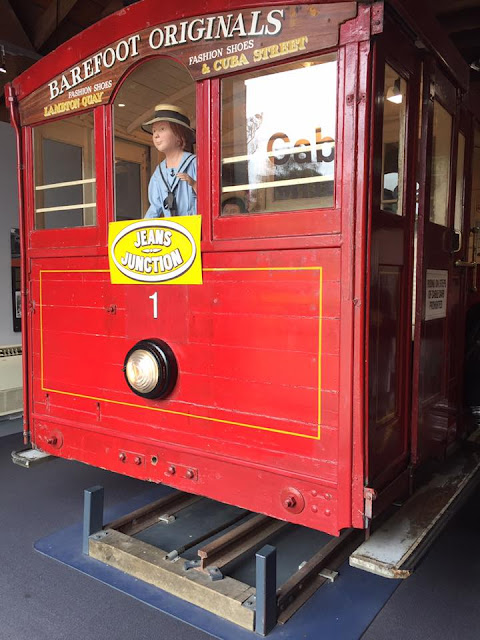 We had a lovely high tea at Roxy Cinema (included in the tour package), and it was yummy!

Helen also took us to a beautiful viewpoint where we took a family picture! 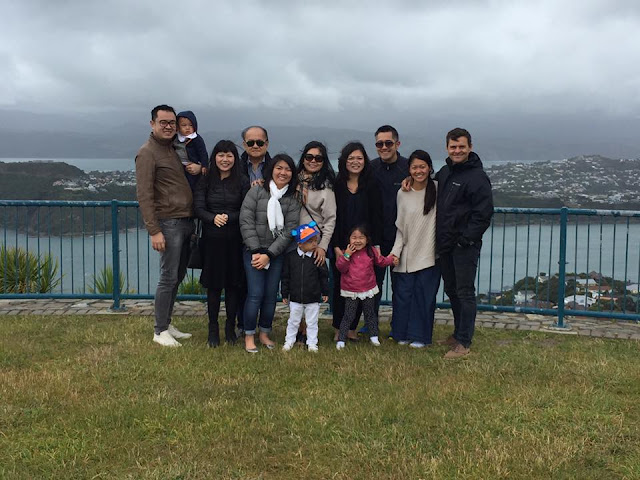 Picton is one of the premier wine countries in New Zealand. We booked our tour with Sounds Connection, and because we were docked in the commercial port, we had to take a shuttle bus to downtown to meet our tour guide.

Our tour started with a drive around downtown Picton (very, very small), followed by a drive through the Charlotte Sounds, which was beautiful! 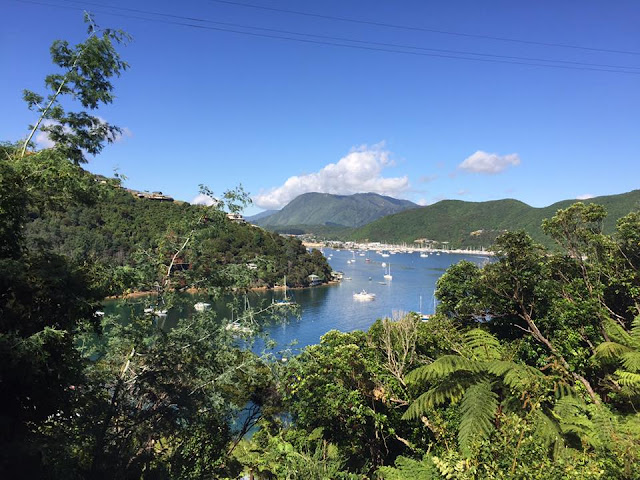 We then went to Saint Clair Winery, which was so beautiful!  They had a table waiting for our wine tasting. Dan said the wines were good. 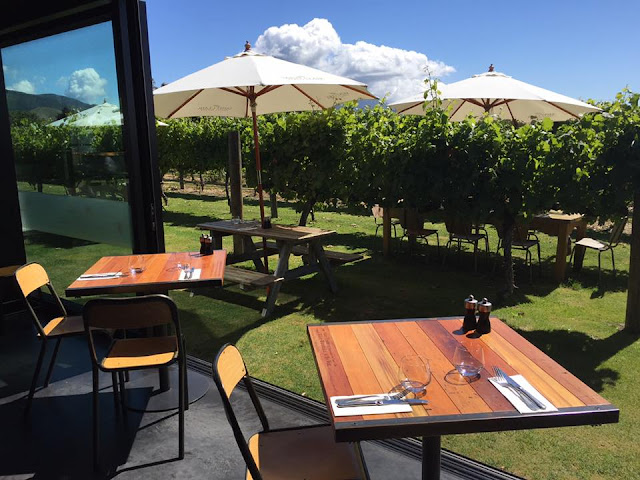 Our next stop was the Silverwood Sheep Farm. We were greeted by the owners who were very friendly. We got to feed the sheep and pet them for a little bit, and then relaxed at the art gallery. The entry fee was $20 NZD per person, but everyone had a great time! 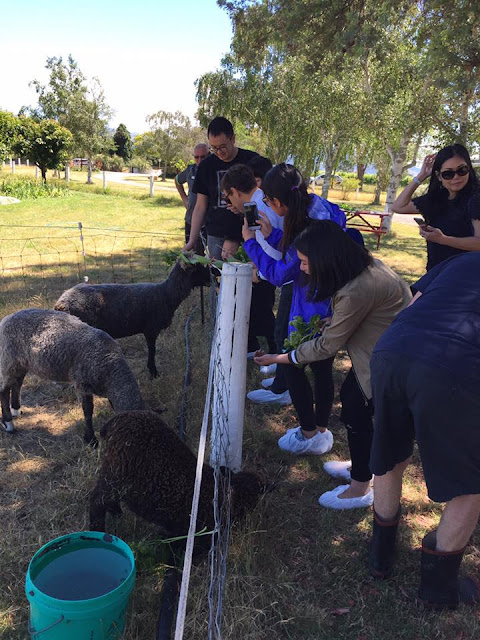 We had lunch at the beautiful Brancott Estate. The views were just truly breathtaking! Food was really good as well. 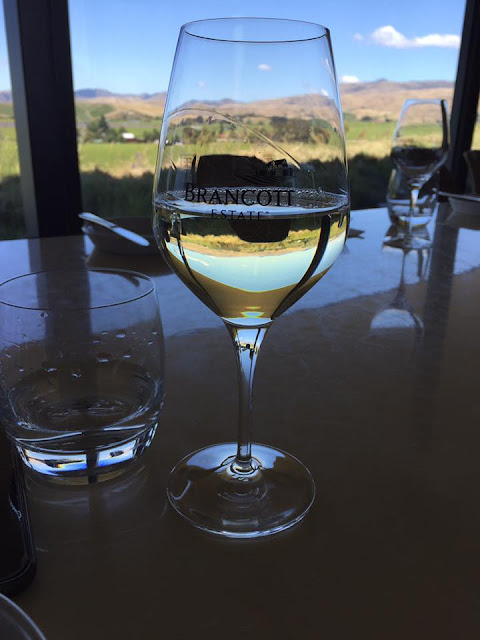 Overall we loved our stop in Picton, and this was everyone's favorite destination.

Tauranga is famous for the Hobbiton movie set tour (from Lord of the Rings). We were debating whether to do it or not, and in the end decided not to. Looking back, I wished that we would have just done it, as it is the #1 tourist attraction in New Zealand!

We ended up doing a very local city tour where we went to a Kiwi Farm, an Avocado Farm, and then a Manouka Honey shop.

The Kiwi Farm experience was interesting, as the Kiwi looked like grapevines from afar. We tasted some kiwi fruit, kiwi juice, and candies. 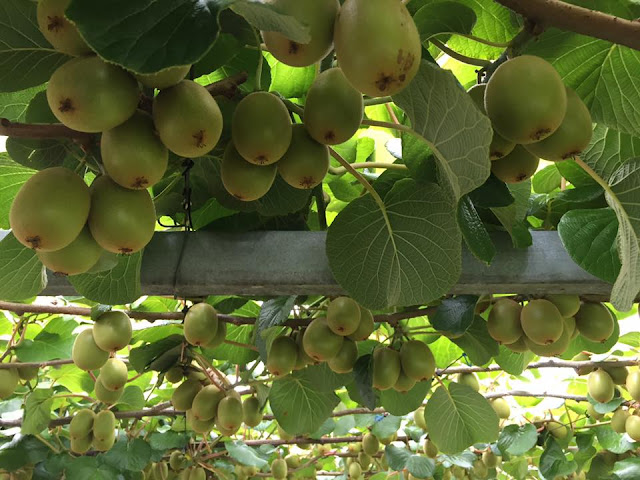 Overall this was probably my least favorite tour, but at least we still got to do something. :)

Our last stop was Auckland, which is the biggest city in New Zealand.  The funny thing is that even as the biggest city, it still felt small and quiet. It could also be because we came during the Christmas holiday, so a lot of places were closed and the downtown area was very, very quiet. 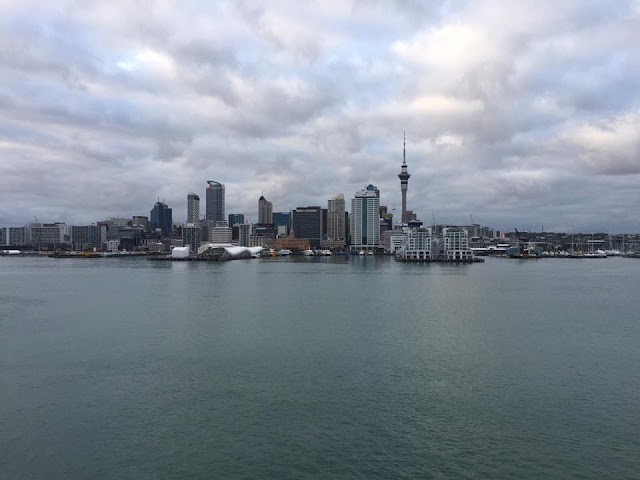 We disembarked in Auckland instead of Sydney, and had quite an interesting experience since we had to disembark with a tender boat. Our whole family had lots of luggage (with 3 kids under 3), so we were a little worried how we were going to be able to carry them to the tender boat and then carry them to the port. Thankfully it all worked out in the end!

We got pick up by our private tour and we dropped off our luggage at the Sofitel which is where we would be staying for one night. The Sofitel is a beautiful hotel, and location is pretty good (close to the Viaduct harbor and downtown). 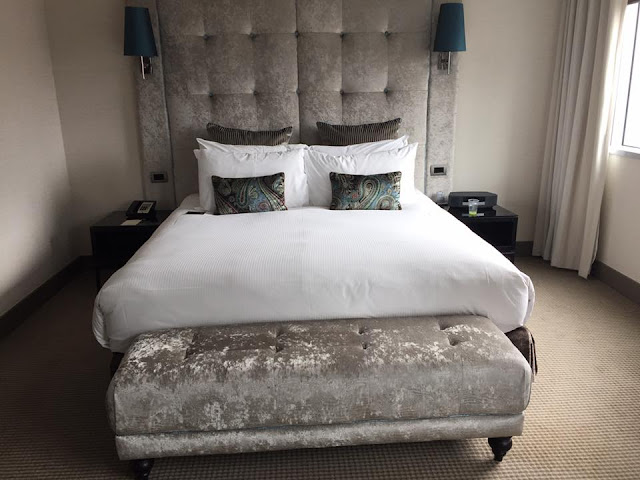 We did the city tour, which was driving around the city and went to a couple view points. We were dropped back off around 3PM at our hotel.