Dan is a huge Giants baseball fan. I used to not care at all about baseball, but he has slowly turned me into a Giants fan. :) For his birthday, I got him tickets to a Giants game, and not just any tickets--club level tickets! For those of you not familiar with baseball, club level seating is almost like a "first class" ticket in the airline world. You have a separate entrance, separate floor, separate bathrooms, more "high end" concessions, and of course a great view of the game.


We were really looking forward to going to the game and experiencing the club level seats. We came a little bit early, and found the "entrance" to the floor which was a covered elevator and reminded us of a Virgin America airplane with the purple-ish mood lighting.

This was my first time in club level, so it was cool to see all the different memorabilia displayed along the walls. 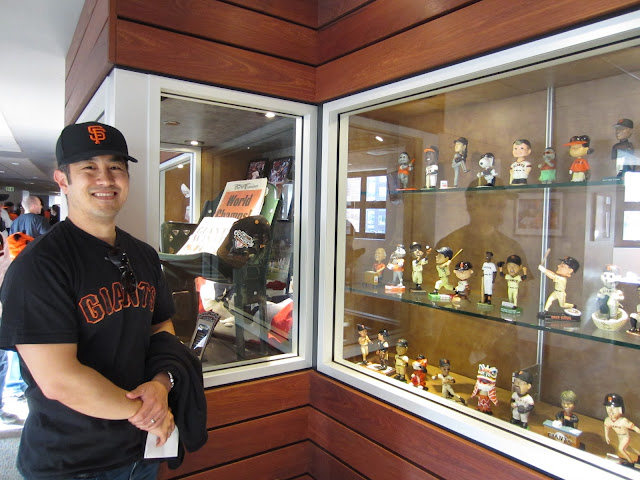 After reading many Yelp reviews online, I somehow had it in my mind that this floor would be uber-exclusive. And turns out it was slightly more exclusive, but it was still very crowded and there's still lines everywhere. :)

The farmer's market concession stand was really cool though. They definitely don't have this in the "common" concession areas. :) 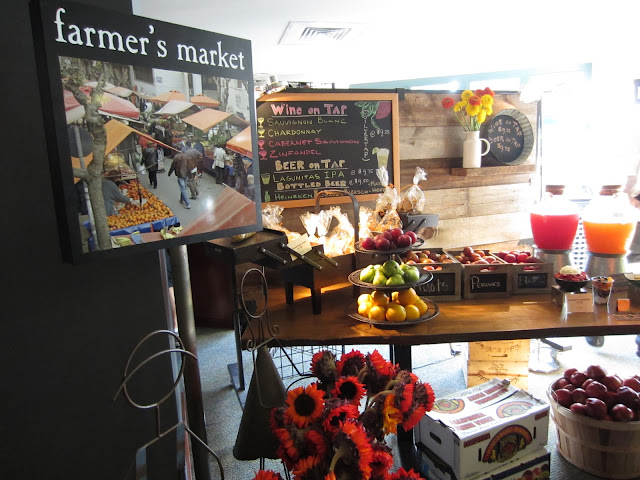 We were pretty hungry by the time we got there, and a trip to AT&T Park is never complete without garlic fries. So, our first stop was to get the garlic fries. Dan was really hungry so he also ordered a corn dog.


A lot of reviews on Yelp mention that we should order the Triple Play at the Carvery. There was already a long line by the time we got there, and I had Dan wait in line while I walked around and explored some more...hehe.


The triple play was basically three mini sliders which consisted of brisket, turkey, and ham sliders. The buns were really good, and the meat was also quite tasty. And for $10, it's really not bad.


We were seated on CL 222 row D, which was right around the 3rd base section. This was probably the best seats we've ever had, and we could really see the field and the plays really well. 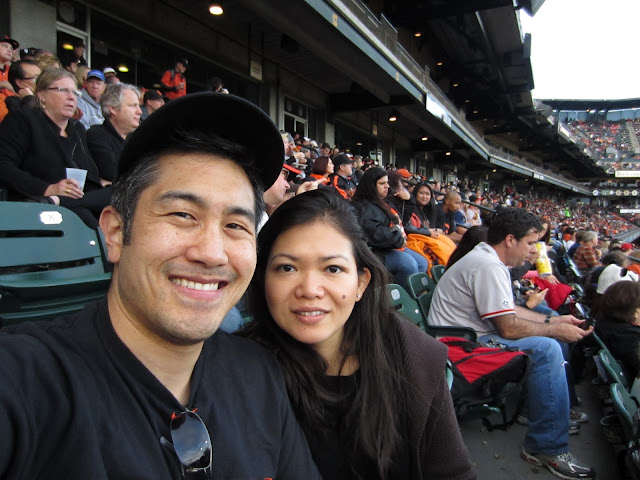 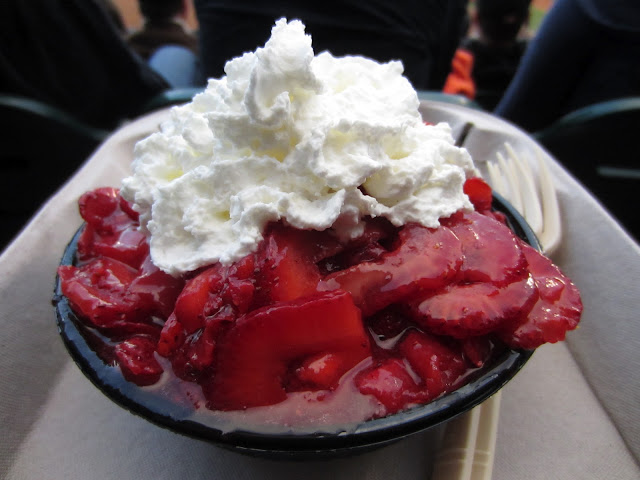 Overall we had a great time seating in the Club Level. It definitely was nicer in a lot of ways. Generally better seats, shorter lines everywhere, and somewhat of a more "exclusive" feel, but still very crowded. I think next time we want to try sitting closer to the dugout and maybe rub shoulders with some of our favorite players. :)