One of the ways to accumulate hotel points is to do a mattress run, which means to "stay" at a hotel purely to accumulate points. Radisson Hotels had a big night hotel giveaway whereby during the promotional period, you'd earn 50,000 points for staying at any Radisson hotel. This was a really good promotion since 50,000 Radisson points is more than enough for a 1 night stay anywhere in the world (think Europe where a 1 night hotel stay at one of the nicer Radisson blu's could cost upwards of $300-$400 US). To earn those points, we just needed to stay one night at any Radisson, and I found a great weekend rate at the one not too far from where we live for $79! So by spending $79, I earned enough points to redeem for hotels that would normally cost 3-4 times more.


Dan actually did this at the end of last year when they had a similar promotion. But this was my first time doing it under my account. We checked in really late after a friend's wedding on a Saturday night. The front desk receptionist was courteous and thanked me for my membership, which was interesting--hadn't got those remarks in a while. :p I felt a bit funny for "checking in" even though we were not staying at the hotel.


We were given a room on the 5th floor, which was the top floor of the hotel. As soon as we walked out of the elevator, there was a really chic seating area. It was really nice, and it almost felt out of place, since the rest of the hotel was very old and in dire need of renovations. 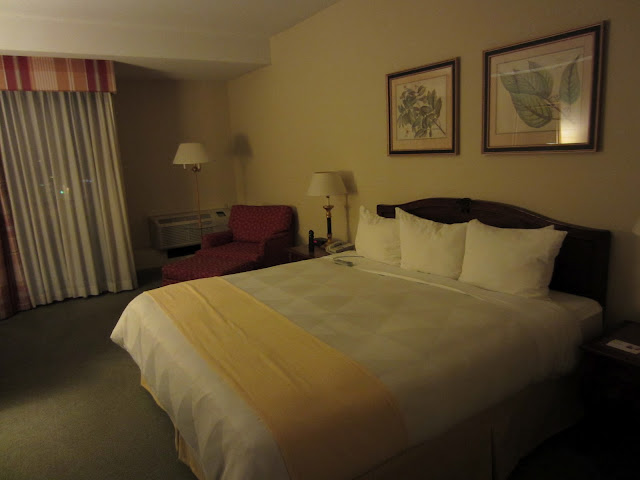 The room was a bit older and probably could use some updates, but it was not horrible. I noticed that the bed was a sleep number bed, but I could not figure how it worked! 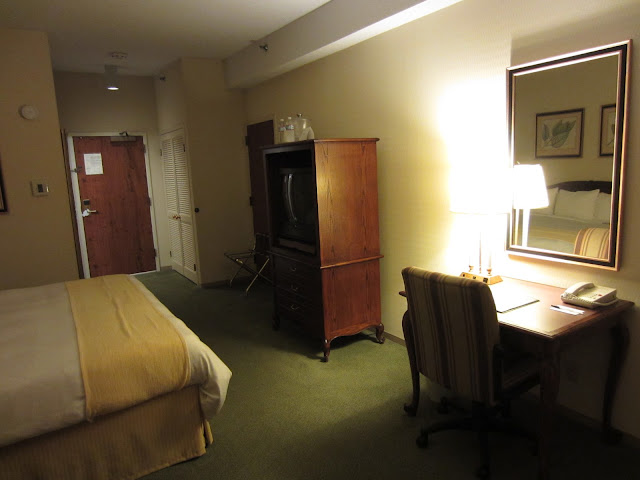 The bathroom was on the small side with a bathtub, and again could probably use some updates. I noticed a lot of "gold" colors (mirror frame, sink and tub/shower fixtures), which gave it a very old-style feel.

We hung out for 5 minutes and then went back home. I had Dan check out from the hotel the next morning. Overall, it was a pretty easy way to earn 50,000 points and I'm looking forward to spending those points elsewhere. :)
Posted by Marcela at 12:11 PM