We went home to Dan's parents' house in Marin county for the weekend. Since we had nothing planned for Saturday, I suggested that we go to Napa. First stop was the Boon Fly Cafe at the Carneros Inn. We had heard of this hotel before and realized that it's owned by the Plumpjack Group (we previously stayed at their property in Tahoe). However, the Carneros Inn looked a LOT nicer than the Plumpjack at Squaw Valley. :p

The restaurant didn't take reservations for brunch, so we walked in and put our name down. The wait wasn't too bad, around 15 minutes. We ordered the World Famous Boon Fly Donuts (supposed to be their specialty), "Green Eggs and Ham", and the Ohlone Smoked Salmon Flatbread. The donuts were very small (much smaller than the pictures), but very cute and pretty good. A little chewy and not very sweet at all, the only sweet taste is from the cinnamon sugar on top. The green eggs and ham was ok--poached farm fresh eggs with honey cured sliced ham, and lemon leek cream sauce on top of crispy golden hash browns--and so was the flatbread--smoked salmon, fromage blanc, red onions, parmesan, and creme fraiche.  The food was good, but nothing too special... 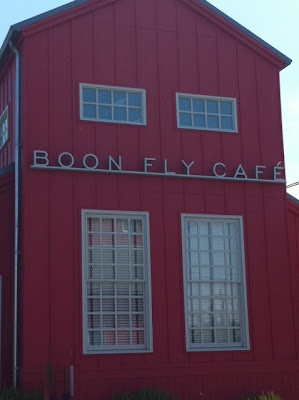 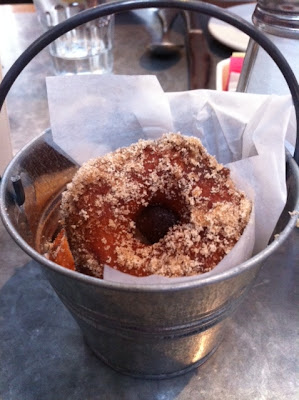 After lunch we went to the Carneros Inn. This place has pretty tight security; there were gates everywhere. We were trying to figure out how to go to the lobby, but apparently you have to drive in and check in with someone via the "radio/calling" box. We didn't want to go through the hassle so just walked around the outside of the property. There was a bocci ball court that we took advantage of. 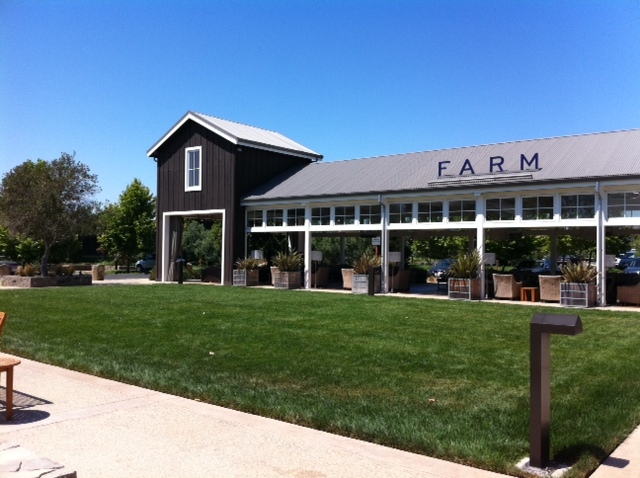 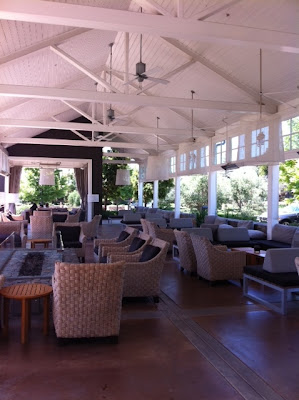 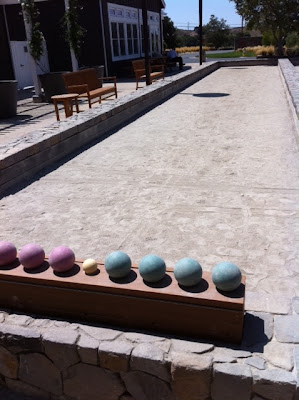 We then went to Bouchon bakery. The line was out the door! Apparently this place is very popular. We got the hazelnut macaroon, pb&j macaroon, and the savory monkey bread. The macaroon was pretty big, much bigger than other macaroons. It was very light and not too sweet, crunchy on the outside and a little "bready" and soft on the inside. The hazelnut taste wasn't as strong as we preferred, but was still good. The pb&j flavor was stronger and much heavier. Both were excellent. The savory monkey bread tasted like buttery rolls of cheese croissant. Pretty good :)


We didn't have anything planned as far as wine tasting, so haphazardly decided on Domaine Chandon. I had been here a couple years ago, and remembered it as being beautiful. Domaine Chandon is famous for their sparkling wines. The grounds were beautiful, although the building was a little old. We each had a glass of sparkling wine and walked around the grounds.

Afterwards we visited the Napa outlets and did a little bit of shopping. Overall, a very productive day in such a short amount of time. :)
Posted by Dan and Marcela at 5:22 PM