The layover in Seoul was only 1.5 hours, so by the time I arrived in Seoul, it was already time to board the next flight. I originally wanted to check out the lounge in Seoul, but I really didn't have time.

It was really exciting to try Singapore Airlines business class for me personally. Growing up my family flew SQ a lot but always in economy, so I had always aspired to one day finally fly SQ in a premium class. I was quite thankful to finally have the chance to do so! The flight was actually quite full...all the seats were taken. I was greeted warmly at the door by the flight attendants.

I liked the leather color ad the overall aesthetic of the seat - it looked very upscale, although the seat pitch did feel a bit more cramped than the United seat that I was on - although it was perfectly fine for a not so long flight. Service was excellent which was expected of SQ. They offered a non alcoholic pre-departure drink which was really good. 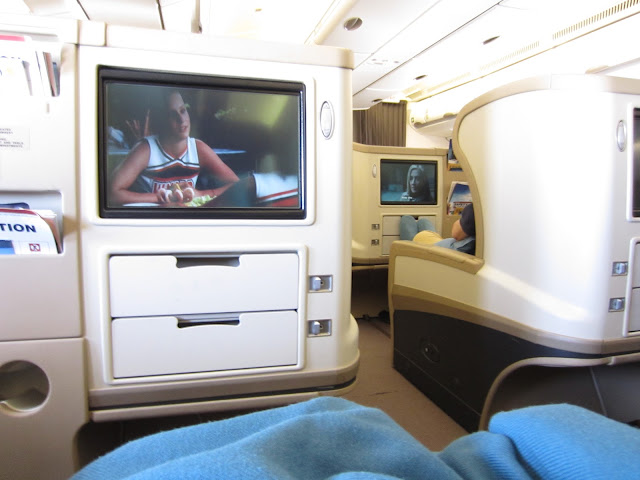 I was too full to eat anything so only had their satay appetizer and skipped the main course to have dessert. They had a couple options, but I went with ice cream again. :) I then watched a couple episodes of Glee before taking a nap. 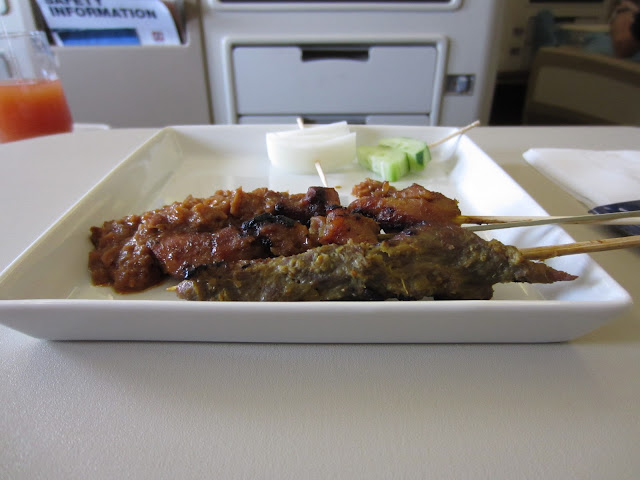 Ice cream was pretty good, although I realized I had 2 ice creams in a row! Should have opted for the chocolate cake instead. 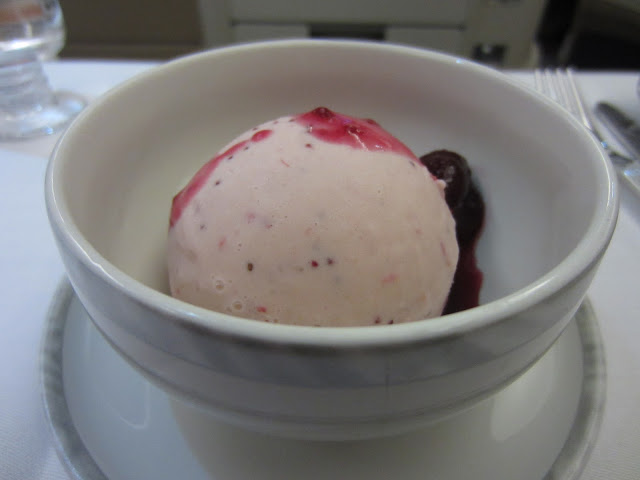 I slept for the rest of the flight and got some pretty good rest. The seat did not lay fully flat but it was definitely good enough for me. It would be a bit hard though I would imagine for the person sitting next to me to try to go to the bathroom. So if you're traveling by yourself, it's probably better to get one of the middle seats which were both aisle seats.

Overall I enjoyed my flight on SQ - service was great as usual. I liked that they had a pretty good non-alcoholic drink selection, other than sodas. I also really liked the aesthetics of the cabin and seats, even though the seat pitch felt a bit tight. I could finally say that I checked off my childhood dream of sitting on a business class cabin on an SQ flight. :)