I took the taxi from my friend's place to the Changi airport. I got there 2 hours prior to boarding time, so after checking in and security, I went to the business class lounge. The lounge was actually pretty big and looked new.

There was actually quite a good selection of food, but I was still too full so ended up not getting anything. 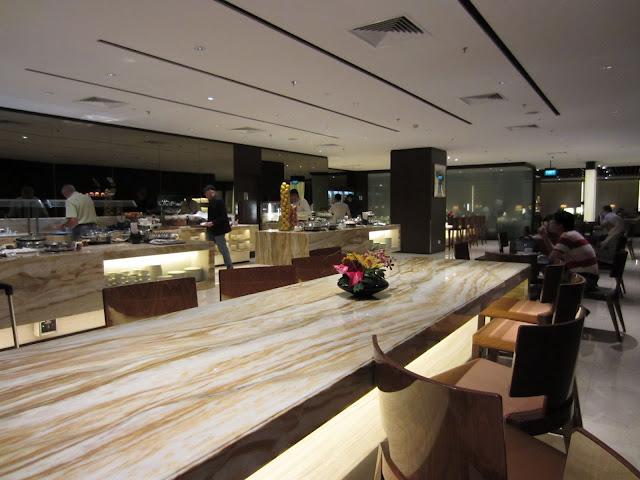 I used the shower to freshen up after quite a full day walking around Singapore, and it was a hot day!


Once we boarded, the business class section had older seats, but with plenty of legroom. The seat configuration was 2-3-2, and I chose an aisle seat. The menu and the noise cancelling headphones were in the front seat back pocket. There was also pillow and blanket, which I ended up not using for the short flight.


I chose the chow mein noodle which was actually pretty good. I was too full though so only ate a bit. I had the white wine also which was good. 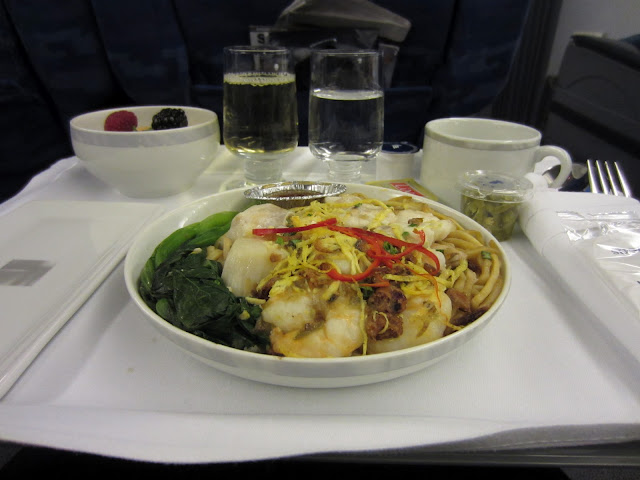 It was such a short flight and before I knew it, I landed in Jakarta.

Next Post: Activities & Food in Jakarta
Posted by Marcela at 8:17 AM