Our friend picked us up and took us to No Sign Board in Geylang area. Turns out Geylang is Singapore's red light district, and I think we did see some "interesting" people around...hehe 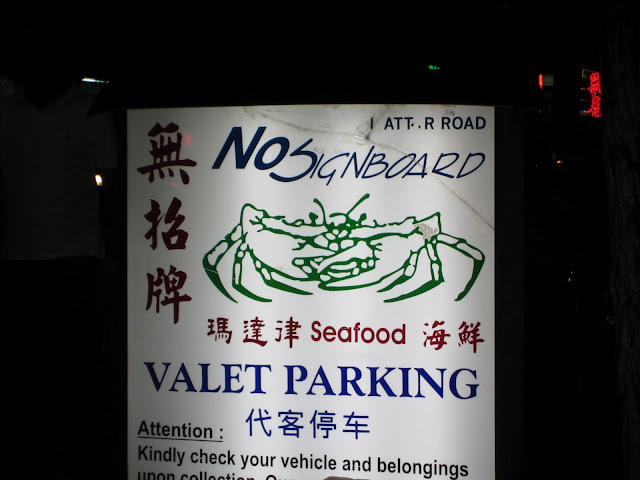 The restaurant was quite packed, and even though it was open air, the fans and AC were blasting which was really appreciated since the weather was super hot and humid! 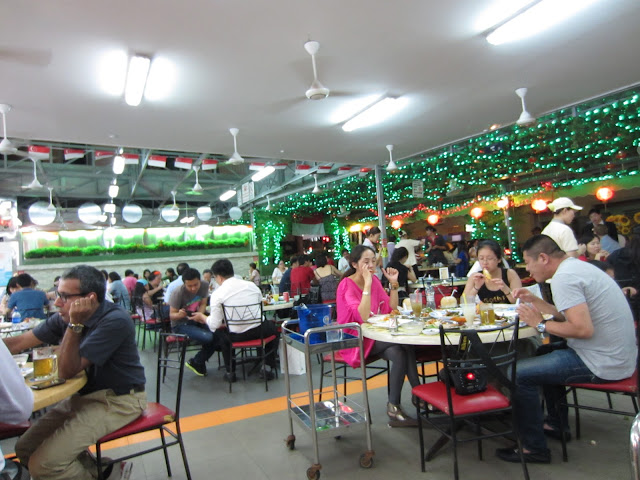 I started off with an order of Coconut which was served chilled! It was really good and refreshing!

We ordered the cereal fried prawn--I loved the cereal crisps! It was very crispy and the prawn was also really good, although I would have preferred if they removed the shells. 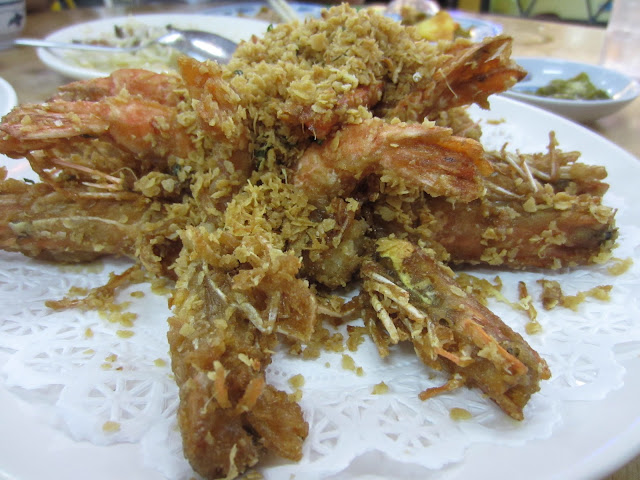 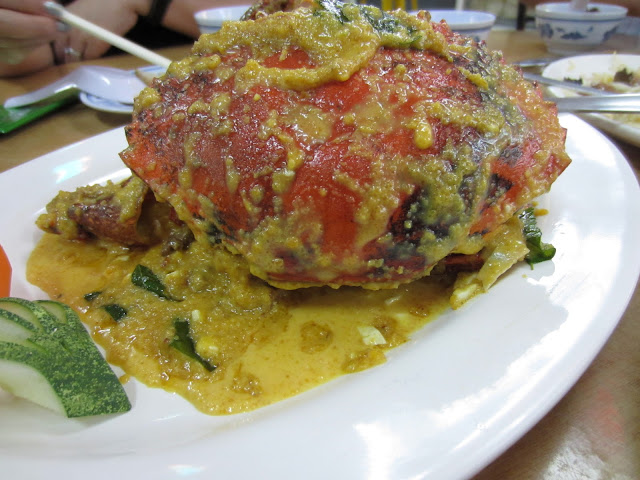 Our other friend lived in Katong area, and she said there's a good Laksa place near by her place. So that's where we went to go for dinner. 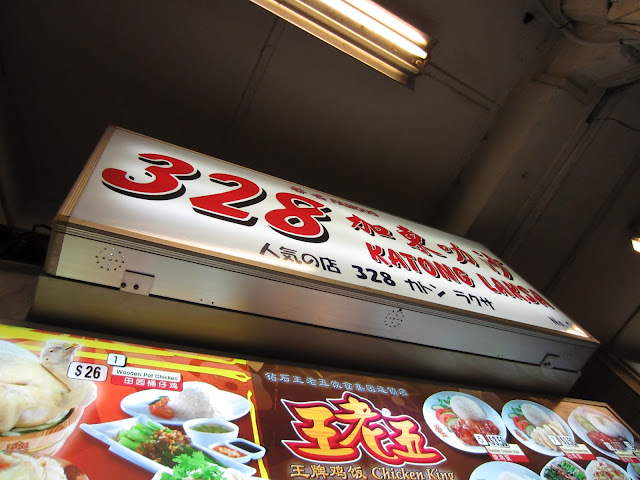 There was a picture of Anthony Bourdain visiting the restaurant, as well as a bunch of other local celebrities. 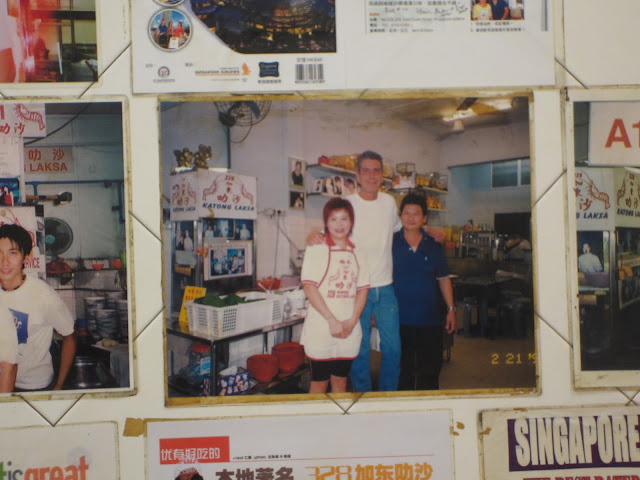 The place was quite small, and thankfully they have AC as well! I loved it! 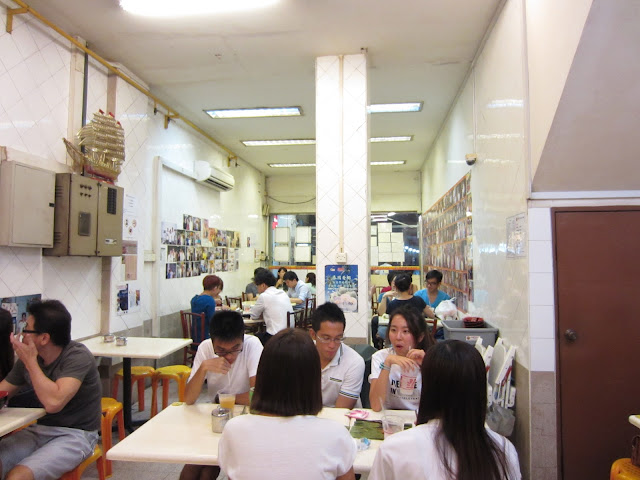 The laksa was really good, which we could order with or without the clams. I love it with clams, but I know some people don't like this particular clam taste. I've always been a big fan of laksa, and this one was no exception. The broth was creamy and delightful, definitely satisfied my laksa fix. I couldn't tell though whether this place was much better than other laksa places. It was definitely good but other laksa places I've been were comparable. 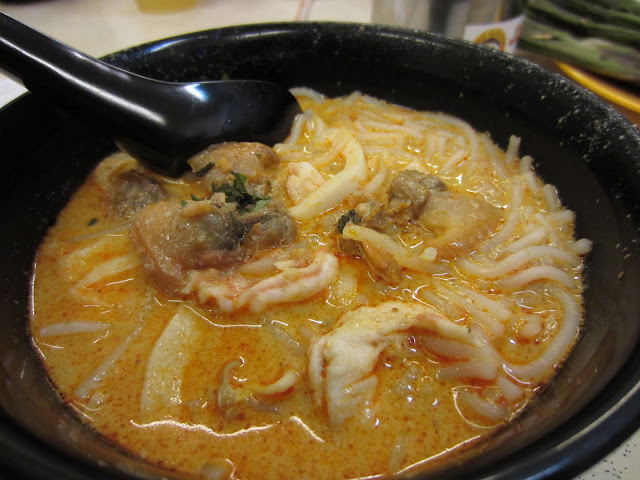 While Marcela was at work, I (Dan) decided to check out the Marina Bay Sands Hotel. I walked from the hotel to the nearest MRT station which was on Orchard (about a half a mile walk). After maybe a 15 minute ride (including one train transfer), I arrived. After navigating through the station, then mall, I checked out the lobby/ground floor, looking for the elevator to go to top. 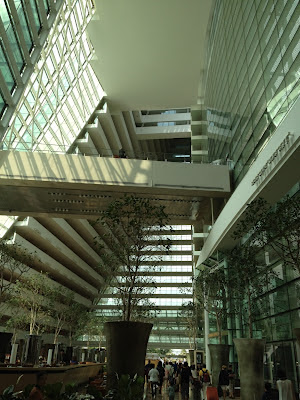 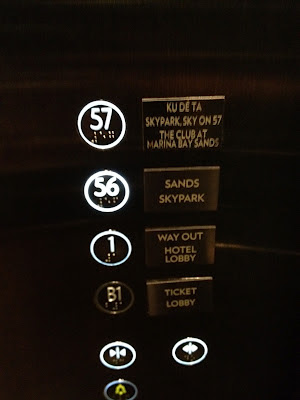 I eventually found I had to go outside and take an escalator down from another entrance.  It cost $20 SGD, which I thought was pretty pricey.  And it only gave access to the observation deck, no access to the pool (apparently you have to be a staying guest at the hotel to get to the pool), but since I had come all this way, I shelled out the cash. 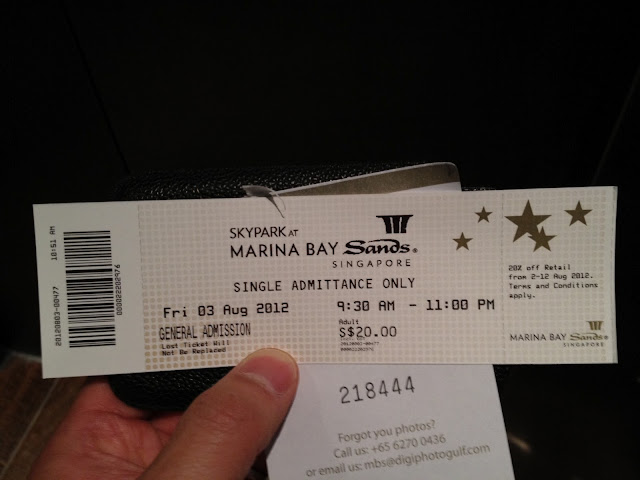 The views from the top were pretty amazing.  It was also a little scary, because it's so high up and some parts were not walled off that high.  I can image at night, the skyline lit up being even more amazing. After about 10-15 minutes, I was done and headed back down. 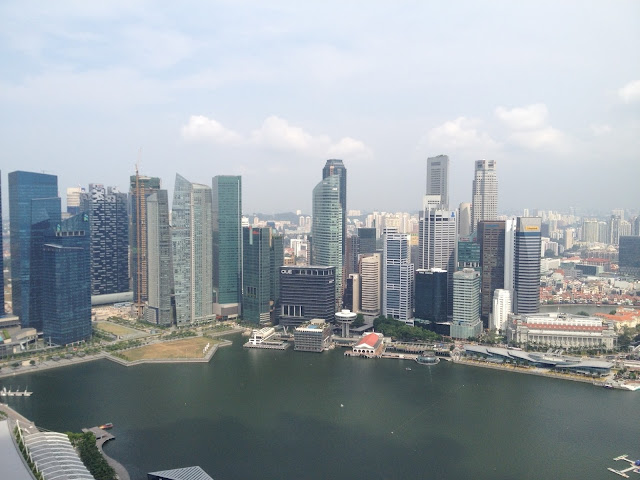 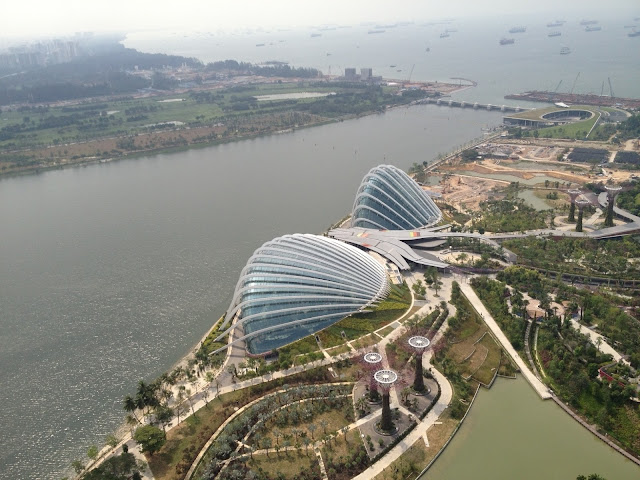 I then checked out the casino, which was pretty empty (it was only about 11:45am or so).  I thought it was interesting that foreigners get in free, while Singaporean citizens need to pay an entry fee of like $200 SGD to get in...I guess as a deterrent.  Though not sure how effective it really is, as I noticed a lot of the table games start around ~$50 SGD per game/hand and went up from there.

After a short walk around the casino, I went outside and checked out the shopping mall.  It was really well done, right along the water.  The view of the skyline from the mall was actually nearly as good as from the top of the hotel, though of course, I couldn't see as far.  The mall had all the usual stores, including a large LV store.

By this point, I was super hungry, so I headed to the food court to grab some lunch.  I was craving some good Hainan chicken rice, so that's what I got.  It was just alright though.  I remember the one we got on our last trip, I think at the Takashimaya mall, being better. 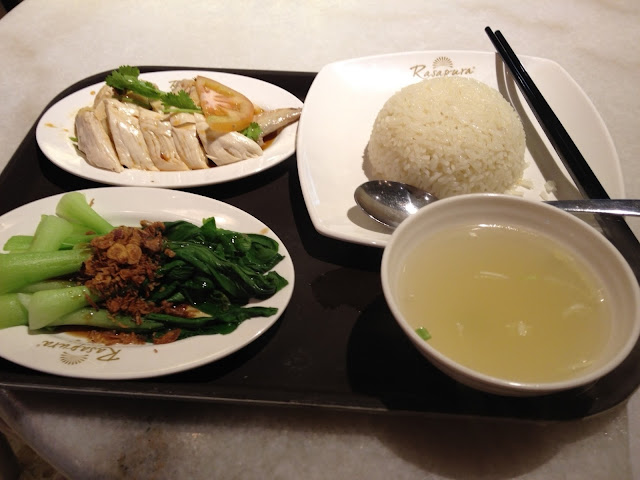 After lunch, I walked around the mall a bit more, got a bottled water and a small snack for later.  There was a man made water way in the mall, and I saw people riding on boats. So I curiously checked it out. The water way was actually really short, and it cost like $10 SGD per person for a ride. Ridiculously overpriced in my opinion. 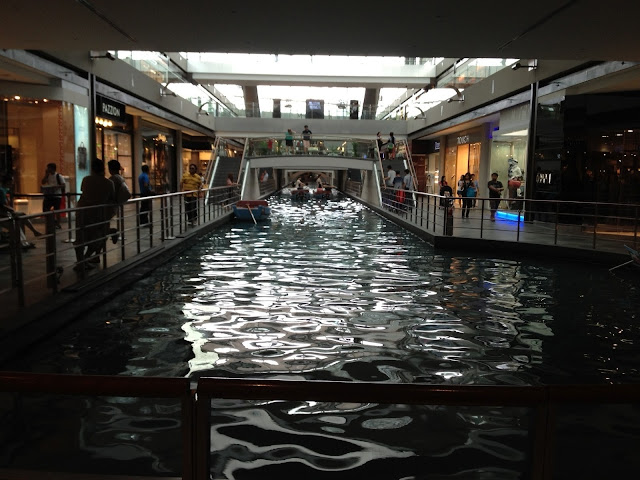 I then made my way back to the train station to head back to Orchard and eventually the hotel, to rest my sore feet.

Next Post: Jakarta - Hong Kong on Cathay Pacific
Posted by Marcela at 7:39 PM