This is a continuation of our Orange County Anniversary trip. You can find the full trip itinerary here.

For our first night's dinner, we didn't want to drive all the way to LA, so I checked on Yelp for some good local suggestions and settled on K'ya Bistro - a tapas lounge located not too far away from our hotel. Since we didn't make reservations, we were seated inside - which was fine (if you made reservations, you could reserve seating at their rooftop terrace with sea view). The inside lounge was very noisy and dark, and the tables were very close together.

The prices seemed quite decent, and we ordered a couple things to share. First was the grilled flatbread with hummus and feta. The dish was actually quite good. The flatbread was served warm, but the potato, cheese, and arugula were served somewhat colder. It made for a refreshing dish.


The second dish was the wild Hawaiian ahi poke, served with crisp chips. The sweet soy sauce was a bit strong but overall still was a very good dish.


The filet was not bad for a non-steakhouse place. It was cooked medium and served with polenta, blue cheese, and spinach. We also shared their famous lobster & mushroom risotto, which was probably my favorite dish from this place! It was a bit heavy, so creamy and cheesy, but I LOVED it! :)

Overall we thought the place was pretty good if you like tapas style food, where you can actually try more dishes since the portions are smaller. Prices were not bad although we did end up spending quite a bit because we ordered a couple of things which added up.

This breakfast place was located very close to our hotel, so after checking the reviews on Yelp, we decided to give this place a try.

A lot of people recommended ordering the Captain Crunch French Toast, and I was so glad we ordered this! The Captain Crunch crust was very crispy, and the inside of the bread was warm and soft. It was really good. 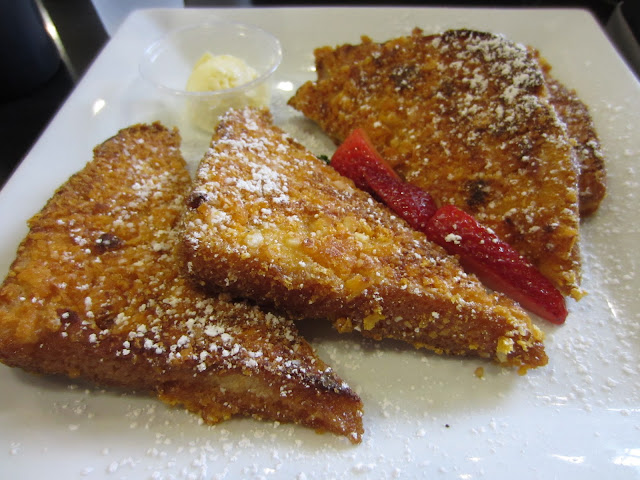 Since I got a sweet dish, Dan ordered the loco moco fried rice. Talk about a heavy breakfast! It was not quite like the loco moco that we got in Hawaii, but it's honestly not too bad. 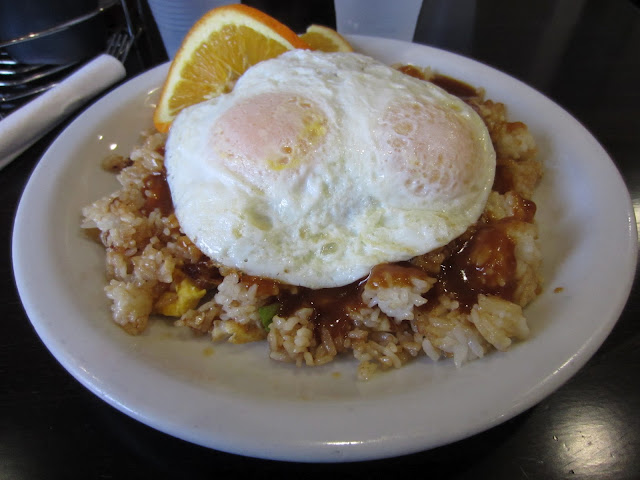 We were happy we tried this place; the Captain Crunch French Toast was definitely a winner!

We always try to get our Korean BBQ fix whenever we're in the LA area. We didn't want to drive all the way to Koreatown, so we found a place in Garden Grove that was rated pretty high on Yelp called Mo Ran Gak. We had to wait around 20 minutes for a table during lunch, which wasn't too long.


Typical to most Korean restaurants, we got a number of ban chan side dishes which were all pretty good. We ordered one of their BBQ packages--$34.95 for 2 people which included thinly sliced beef brisket (cha-dohl-bae-gi), short rib (galbi), and the black pork belly (sam-gyup-sal), as well as a soybean stew and steamed egg dish. We also ordered a side of naeng myun (Korean cold noodle) for only an extra $5 add-on to the BBQ package. 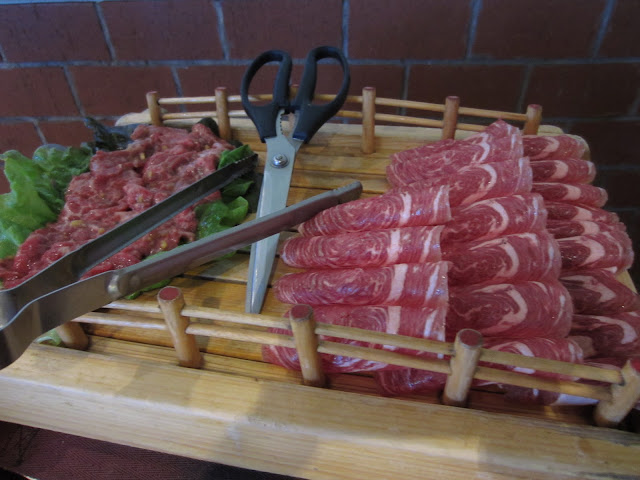 The BBQ package for 2 was definitely PLENTY for us. Food was pretty good, and I LOVE eating the meat with the Korean rice paper (duk). 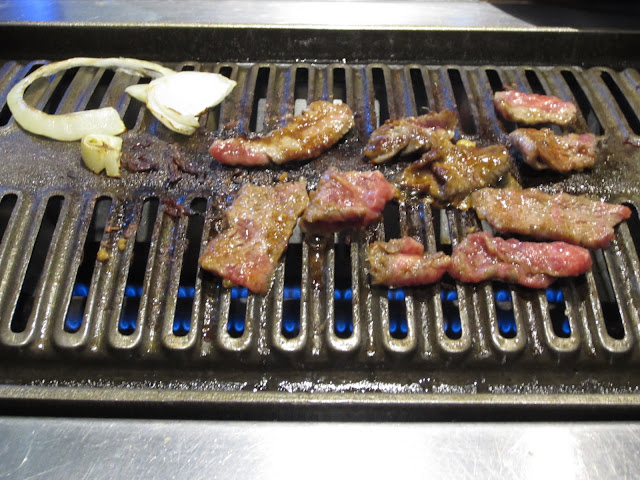 Overall we liked this place. Quality was similar/comparable to Shik Do Rak, another popular place in Garden Grove. Dan mentioned of another place called Gen that he tried recently that was really good as well. Definitely there's not a shortage of good Korean BBQ place in SoCal. I wish they would have similar places here in the Bay Area!


Next Post: Trip Summary
Posted by Marcela at 7:59 AM