Dan's training was at the Hyatt Regency O'Hare, so that's where we stayed. It was a huge hotel, definitely built for a conference to house many guests. The hotel was very close from the airport, and there's a free airport shuttle that ran every 15 minutes. 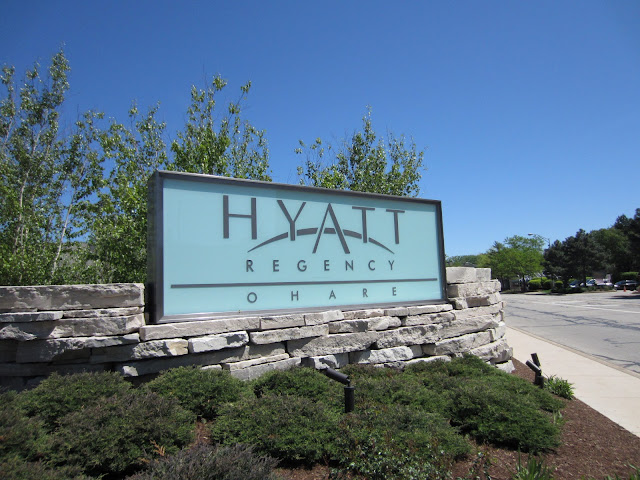 The hotel was an older building with funky cylindrical towers, The rooms have been recently renovated though, so it didn't look like a room from the '60s. :) The hotel was also located a couple of blocks away from the blue line train that goes into downtown. 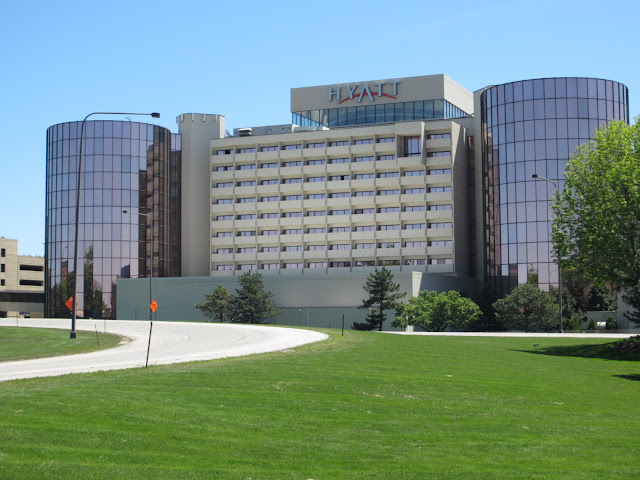 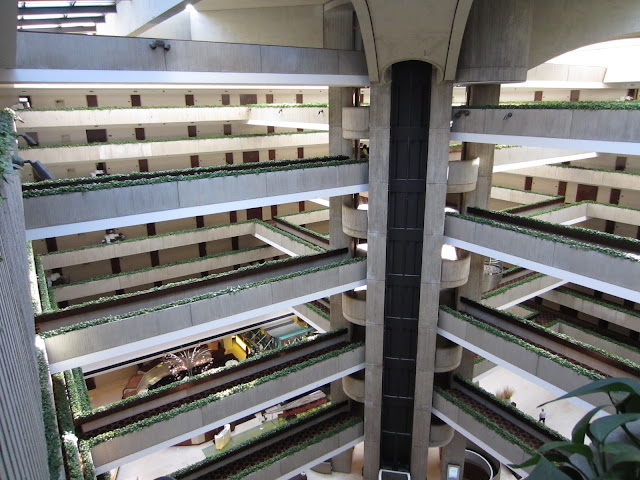 Our room was located on the 11th floor. However, the elevator only went to the 10th floor, and we had to take this small staircase to our room, which was unique. Our room was located in one of the cylindrical towers which I didn't figure out until a couple days later...hehe. Then it made sense to me why the room had such a funky shape! 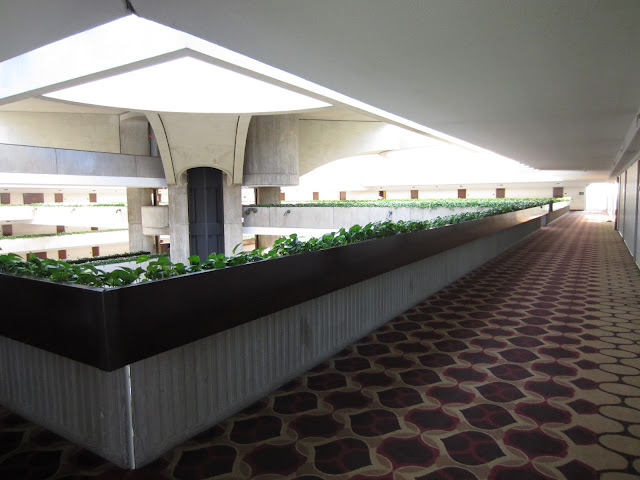 Like I mentioned, the room was recently renovated, and I did like the look of the room. The size was a bit small though but it was fine. 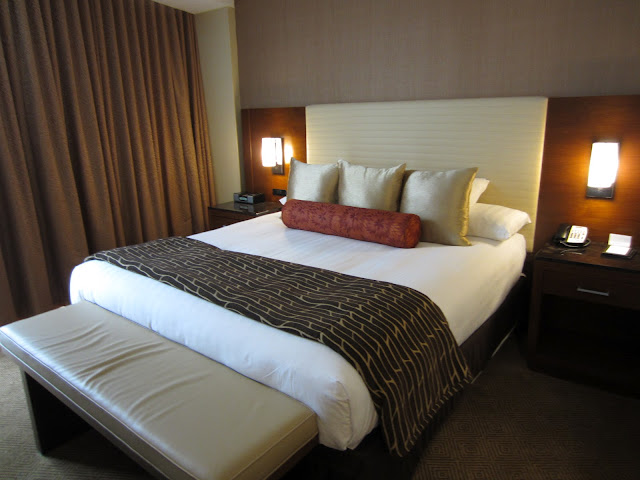 There was only a shower (no bathtub), and the size of the bathroom was a tad small.

Overall it's a good airport hotel. Since Dan was actually in training for most of the days, I had plenty of time by myself. I mainly spent time in the room reading books, sleeping, and watching TV. It was nice. :)

Next Post: Chicago Architecture Tour
Posted by Marcela at 2:18 PM