You can't go to Chicago without trying their world famous deep dish pizza. There are a couple famous places for deep dish pizzas such as Lou Malnati's, Unos, and Giordano's. We decided to go to Giordano's because it was within walking distance from our hotel. We had been before on our previous Chicago trip and remembered it being good, so we decided to go back. We went on a Monday night and the restaurant was packed! We waited for 15 minutes before we were taken to our table. 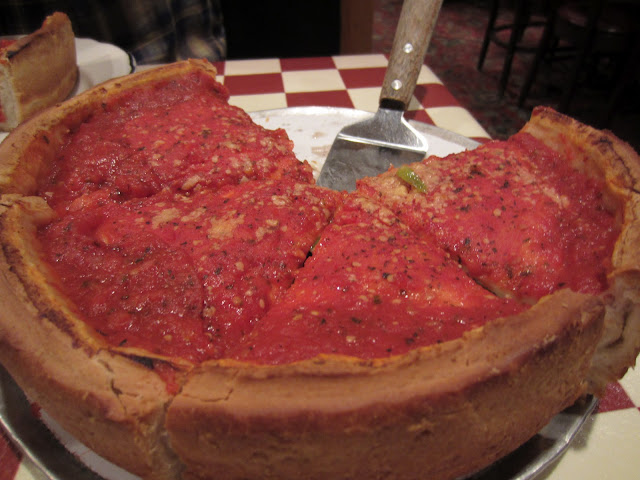 The pizza took a while to bake, but it's understandable considering how deep the pizza was!  I really liked the pizza, and the dough was very good. It was super heavy and thick, but I really liked it. :) 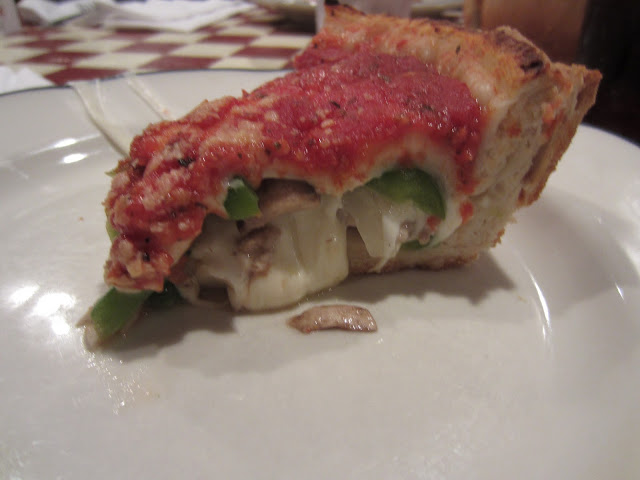 I am a big, big fan of Bill & Giuliana and follow their reality TV series, so I was excited to try their new restaurant, RPM Italian. 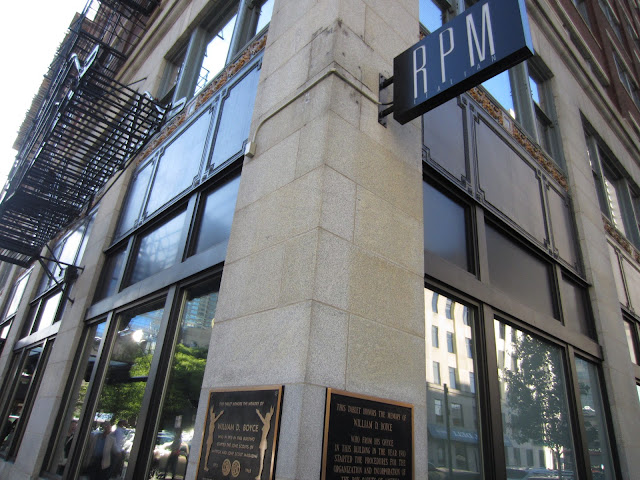 The restaurant was located pretty close to the Magnificent Mile.  We came around 4:30 PM, so there was no wait at all.  My first impression was just how clean and sleek the restaurant was. The main color theme was black and white--even the servers were wearing white jackets. 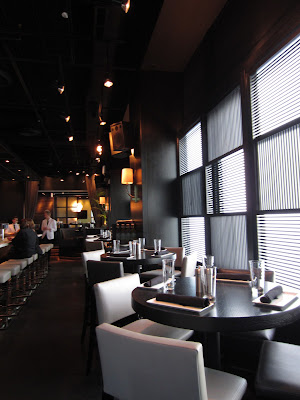 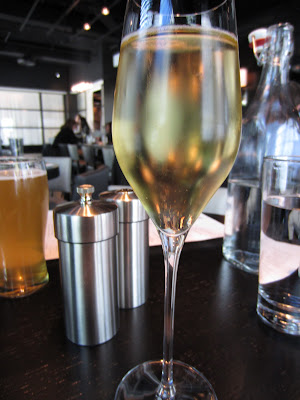 I was also impressed by how affordable the dishes were, especially the pasta. They were around $10-$15 each, which is quite reasonable considering how fancy the restaurant was. 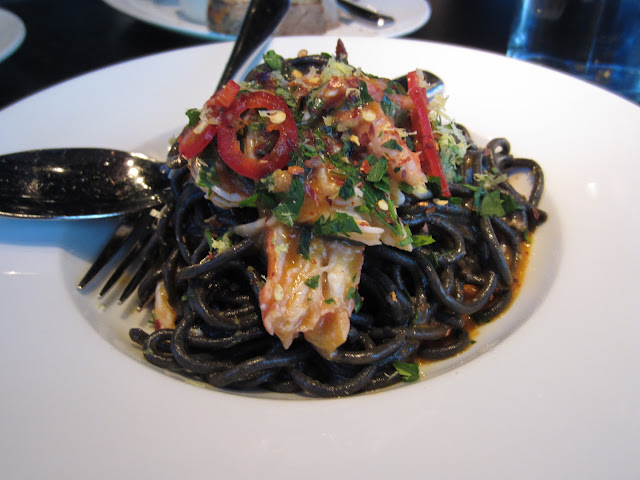 We ordered the squid ink pasta which was cooked al dente and tasted great. We didn't order much else because we were supposed to meet our friends for dinner at XOCO.

XOCO is one of Rick Bayless' restaurant, and it's located just down the street from RPM, next to Frontera Grill, which is Rick Bayless' other restaurant. My friend recommended this place and said their churros were really good. 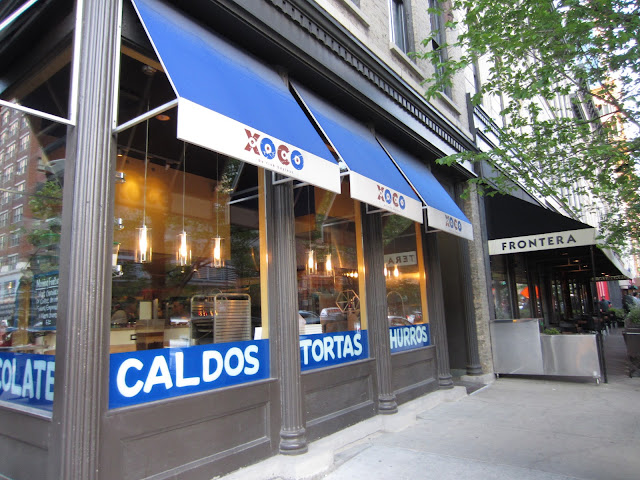 There was a long line already when we came for dinner, and the restaurant was set up such that you placed your food order first before getting seated. Since we was there with a group of friends, it took a while for the six of us to get seated. And the manager who assigned the seating put us on the bar stool seating area which was not conducive for conversations, even though we specifically asked for a table. He later apologized and gave us free churros for dessert. 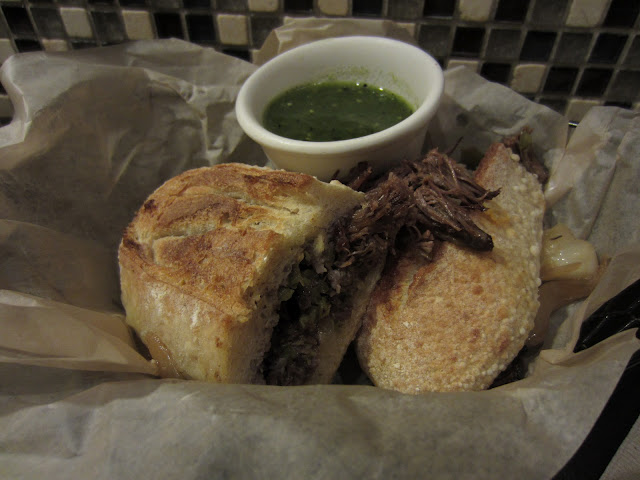 We shared the Pepito Tortas which was a short rib sandwich, served on toasted bread. It was quite tasty. We also ordered the Azteca hot chocolate which had a slight spicy kick which I enjoyed. 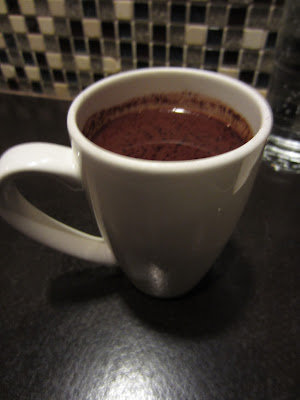 The churros were served piping hot and glazed in sugar and cinnamon. We dipped the churros in the hot chocolate, and they were so deliciously addictive...warm and crunchy, chocolately, soft and sweet; it was fantastic! 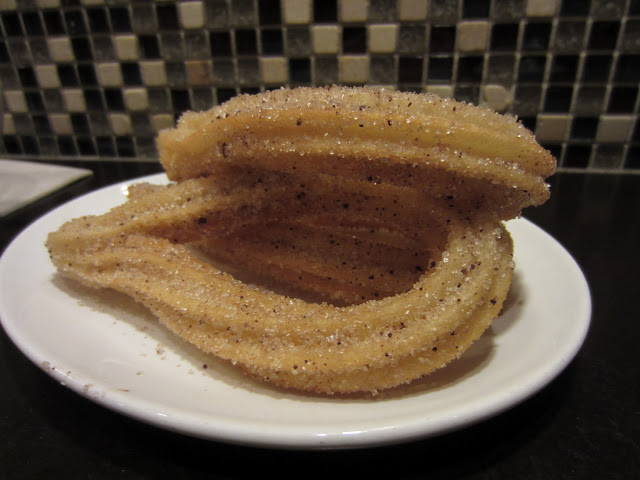 Overall it was a good place, although it would probably be better for lunch as opposed to dinner. Also be wary of the long lines, so come early.

My friend recommended this place for brunch, and specifically the red velvet pancake. I went during a weekday around lunchtime, and the place was actually quite full, though thankfully I didn't have to wait for a table. 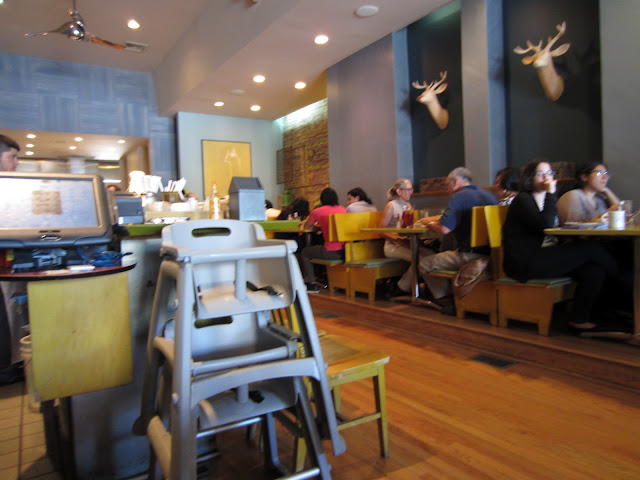 I ordered the red velvet pancake dish, which comes with 3 pancakes, but asked if I could order only 2 pancakes instead, and they allowed it. I waited in great anticipation and was really excited to finally try it.

The pancake was AMAZING! It was probably the best way a red velvet cake could be made into a pancake. It was served warm, and I could really taste the velvety cocoa, combined with the sweet cream cheese frosting and crushed pecan. It was heavenly! I would definitely recommend visiting this place to try their red velvet pancake. :) 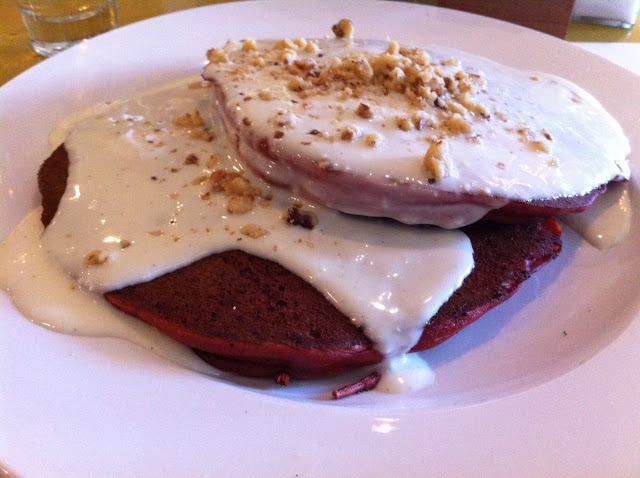 Next Post: Trip Summary
Posted by Marcela at 12:15 AM