We had already booked a weekend trip to Orange County for our 2 year anniversary. After our big trip to South Africa, we decided to lay low and not do anything too extravagant for our anniversary. However, earlier in the year, Dan told me that he would be having training in Chicago during the week of our anniversary. I decided to then tag along and make a trip out of it -- with a main purpose of finally trying out Alinea, one of the best restaurants in the world! I called Alinea around 2 months before and was able to get a reservation. We then booked our tickets and contacted Dan's cousin and also a friend of mine to meet up during our trip to the windy city. So we ended up going to Chicago!

Other than Alinea, the other restaurant that I really wanted to try was Bill & Giuliana's new restaurant called RPM. My friend also suggested XOCO and Bongo Room, so I added those to our list. And as always, we always have Chicago deep dish pizza while in Chicago. 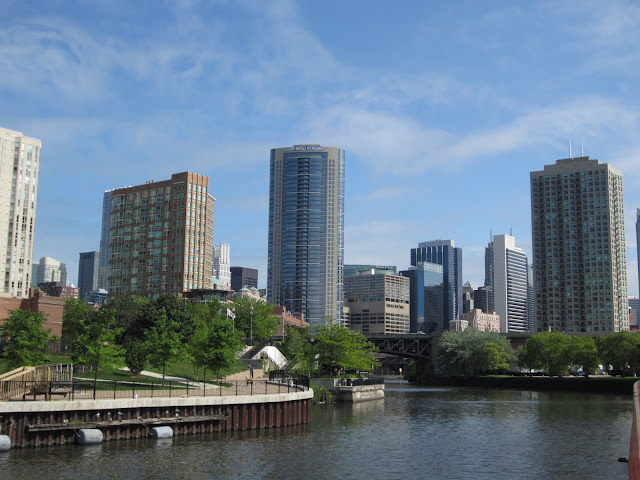 We both had been to Chicago before and had done most of the touristy stuff. So this time we really didn't do much... the only thing we planned on doing activity wise was the river boat architectural tour since a lot of people seemed to recommend it.

Here's the breakdown of our trip: