The lounge at Cape Town airport was located on the 4th floor, after security check. The lounge looked newer compared to the one in Johannesburg. We presented our boarding passes and then found ourselves a seat. 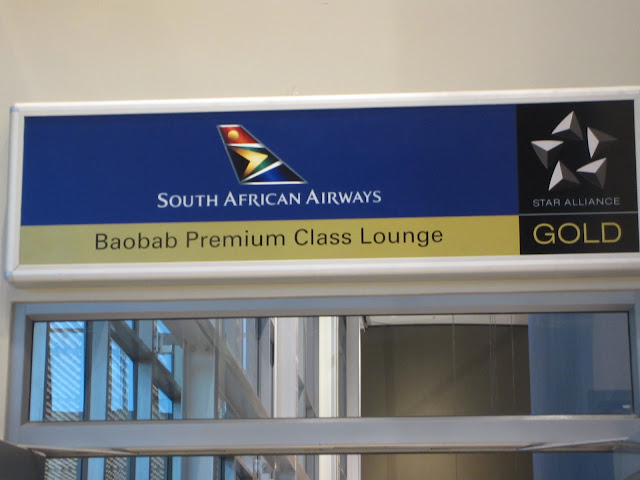 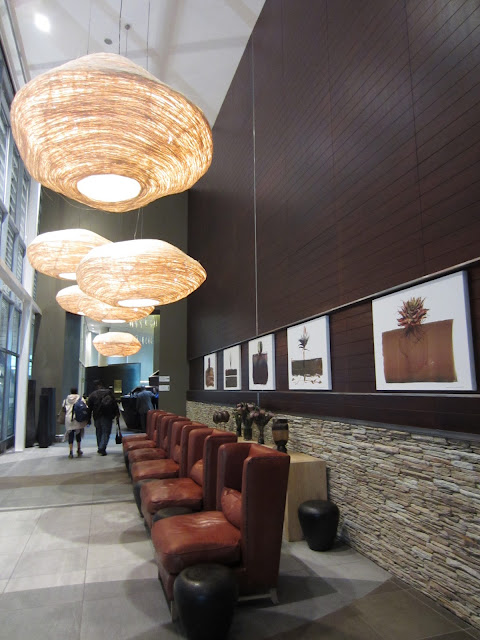 We liked how the lounge opened up to the airport. It made the room very bright and airy, and we could also do some people watching. Complimentary wifi was given for 3 hours. 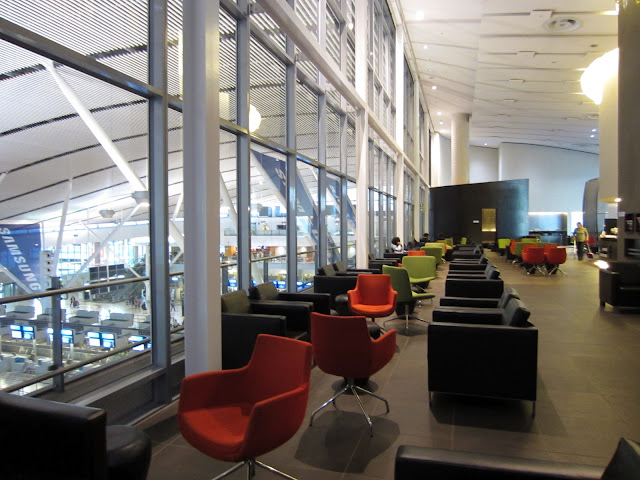 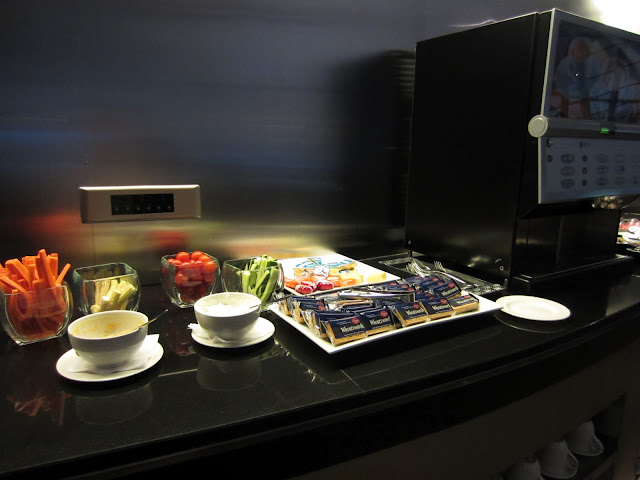 There was a shower area which looked newer and nicer too. It would be nice after a long flight. 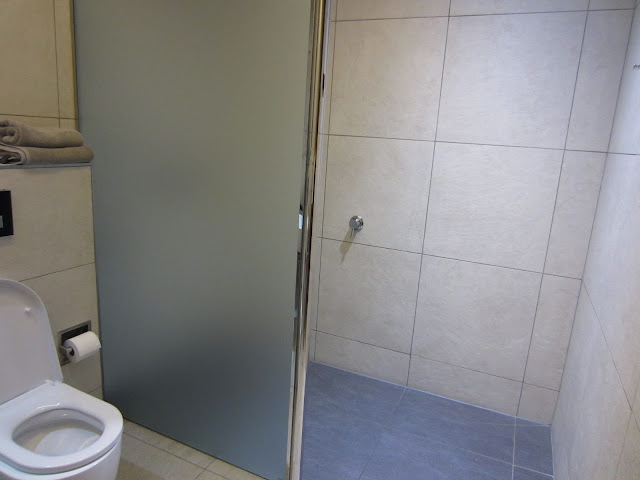 Around 1 hour before our flight, the announcement came that boarding started for our flight from Cape Town to Johannesburg, so we headed to the gate.

After having a mediocre experience on the SAA domestic flight from Johannesburg to Port Elizabeth, we thought that we would have a similar type of aircraft and a similar mediocre seat. We were pleasantly surprised when we found out that they had the bigger seats, although slightly older. We were originally seated next to each other, but Dan got reassigned to another seat because there was something wrong with his original seat. 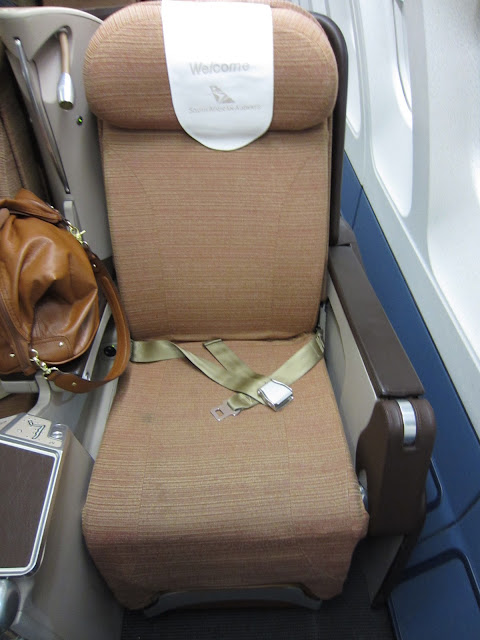 The seat was very similar to our long haul flight from Munich to Johannesburg. The seats did look a bit worn, but the space and extra legroom was excellent. 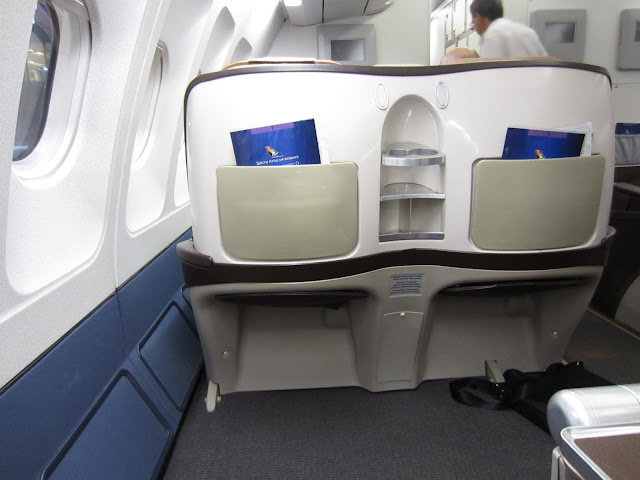 There was also full dinner service which was a choice of chicken or lamb curry. It was actually pretty good and we were quite hungry since we hadn't had dinner, so it probably tasted better than it actually was. :) Service on this flight was excellent. Unlike our previous flights with SAA, our flight attendant was actually male, and he was very courteous and appeared to enjoy his job.


The flight was quite short so I didn't take a nap. Plus, I think my seat was somewhat broken and it wouldn't lay flat, so I just watched some shows. When we arrived our luggage was one of the first ones on the carousel, so we were on our way out very quickly. Since I knew we would be arriving late, I preferred to stay at an airport hotel. The nice thing about this hotel was that it was directly connected to the airport. We didn't even have to walk out of the airport at all, we followed the signs and took the elevator directly to the hotel. 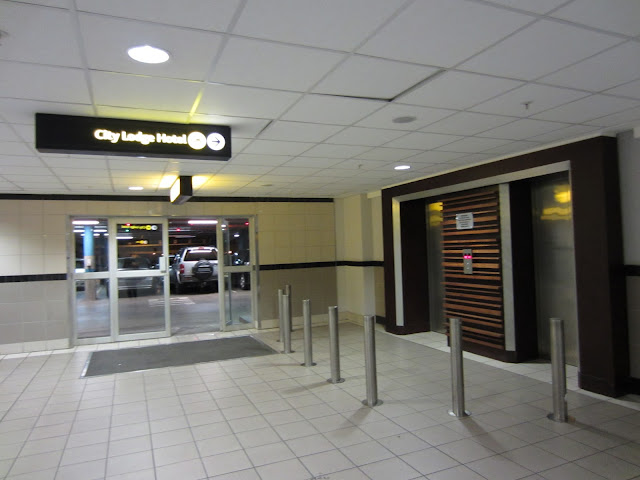 Next Post: City Lodge OR Tambo Airport Hotel
Posted by Marcela at 7:11 AM